Many people have the misconception that California DUI prosecution is limited to cars and other vehicles on the road. However, under California Harbors and Navigation Code Section 655, it is a criminal offense to operate a boat or other watercraft while under the influence of alcohol or drugs. This offense is commonly referred to as Boating under the Influence or BUI and can occur in any navigable body of water in California.

The California Harbors and Navigation Code does not forbid boat passengers from drinking alcohol or carrying open containers of alcohol in the vessel, unlike in automobiles. Like California Vehicle Code Section 23152(b), the statute criminalizes operating a boat or other watercraft with a blood alcohol level in excess of .08 percent.

The consequences for California Boating under the Influence are almost identical to those for California DUI. Thus for first time offenders, the conviction is a misdemeanor requiring probation, fines, classes and up to six months in jail. It is important to note that a Boating under the Influence conviction is "priorable." That means if an individual with a BUI conviction is later charged with DUI within ten years, it will be considered a second offense and treated more severely. 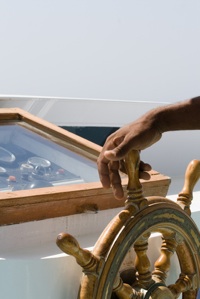 Because of the unique circumstances surrounding California Boating under the Influence charges, it is crucial that you have an effective and knowledgeable attorney representing you. Attorney Michael Kraut is a former deputy district attorney who is skilled at mounting effective defenses to charges of Boating Under the Influence. His hard work on behalf of his clients has led to cases being thrown out or charges being significantly reduced.