The Fourth Amendment to the US Constitution states: 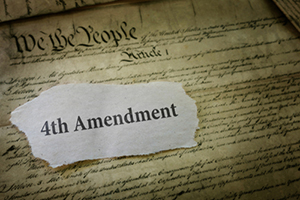 The right of the people to be secure in their persons, houses, papers, and effects, against unreasonable searches and seizures, shall not be violated, and no Warrants shall issue, but upon probable cause, supported by Oath or affirmation, and particularly describing the place to be searched, and the persons or things to be seized.

This clear and succinct language underlies all of the limitations placed on police at the local, state, and federal level. But of course, will all the scenarios that can arise from police contact, there are thousands of guidelines that have arisen to direct police officers in their behavior. Some of these regulations come directly from the United States Supreme Court, but many state and local laws in the Los Angeles area further direct police officers. If a state law is unconstitutional, it can take many years before a court overturns that law, and more years for appeals to the Supreme Court. That is why anyone who has been subject to a search of a seizure needs to be represented by an attorney who will vigorously defend their constitutional rights.

When is the Fourth Amendment Relevant?

The Fourth Amendment restrains the government, and that includes any government employee, not merely Police Officers. This means employees of Child Protective Services, Fish and Game agents, local Code Enforcement Officers, Assessors and Tax agents, and government licensing boards. This does not that mean that these government employees can never come on to your property, it merely means that their behavior cannot include an unreasonable search or seizure.

A seizure is usually referred to as an arrest or a detention when it involves a person. When property is seized it may be referred to as having been confiscated or condemned. For a search to be reasonable, there must be probable cause. Probable cause means that the police officer can describe specific and detailed facts that suggest a crime is being committed. A judge must review this probable cause, and issue a warrant, which is a piece of paper signed by a judge that gives permission to a police officer to arrest someone or to search their property.

A warrant is required to search any place where a person has a reasonable expectation of privacy. The Supreme Court has laid out exceptions to the warrant requirement, times when a search can proceed with probable cause, but without a judge reviewing the probable cause. One of the most common exceptions is the automobile exception. No warrant is required to search a car, just an officer who can clearly state why a crime might be occurring within the car.

What Happens When the Search or a Seizure is Unreasonable?

If a criminal case in Los Angeles is the result of a search or a seizure, and it turns out that the officer’s probable cause decision was unreasonable, that can result in the case being dismissed. If a search found something illegal, such as drugs, a defense attorney can run a 1538.5 motion. At such a motion the judge reviews the warrant, and if there was no warrant, the judge reviews the exceptions to the warrant requirement and the probable cause that the police officer can describe. If a judge finds that the officer was wrong, and there was no probable cause, then the judge can order that all of the evidence seized must be suppressed. That means that it cannot be used in a criminal case. This often means that the criminal case must be dismissed. But if there is evidence that did not come from the unreasonable search, the case can proceed.

This article is just a very brief overview of the Fourth Amendment. Nearly every sentence in this article represents an extensive body of case law, and each rule must be viewed in the context of the scenario where it is applied. Sometimes when someone is facing criminal charges, they may try to assess the case on their own, based on what they know about the facts. But without an extensive knowledge of Fourth Amendment law, it is impossible to know whether the case will stand up in court.