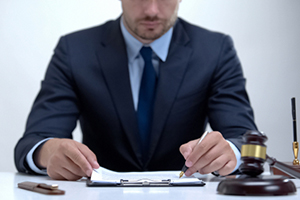 “Admissible” evidence is evidence that can be considered by the judge or the jury to decide the facts of the case. And all admissible evidence must first be relevant (Evidence Code § 210 and 350). Relevant evidence has some tendency to prove or disprove a fact that is important to the outcome of the case. Many items of evidence might be very interesting, but if they don’t truly prove or disprove an important fact, it is the judge’s job to keep that evidence out. Once evidence is admissible, the rules of evidence require that the evidence not be unduly prejudicial (Evidence Code § 352). That means that evidence, even is reliable and relevant, should be kept out of court if it is confusing and misleading. This also allows the judge to limit evidence that is cumulative, such as evidence that would be repetitive and take up a great deal of court time.

Getting the Evidence Into Court

A large portion of evidence comes into court through witnesses that answer questions, and their statements create the facts that are used to decide the case. The court has the power to order witnesses into court, and can deliver punishments for witnesses that do not show up. A person may claim a privilege, which allows them to refuse to testify. Some common privileges are attorney-client, marital, and doctor/psychotherapist-client. Privilege means that one of these individuals cannot be forced to testify against the other in a criminal trial.

Once a witness is on the stand, the largest portions of the Evidence Code comes into play. One of the biggest categories contains rules relating to hearsay. Hearsay is something that was said outside of court, and someone wants to repeat it in court. There are about one hundred separate rules defining what is and isn’t hearsay, and whether hearsay can come in because of an exception to the hearsay rules. Most of the hearsay rules are laid out in the Evidence Code, but some arise from cases that interpret the Evidence Code. This means that as an attorney is listening to a witness testify, they must be thinking of all the important hearsay rules, ready to object in mere seconds if one of the rules is violated. And attorneys must also know the rules well enough to defend any statements that they want offered into evidence.

What can a Witness say?

Once the judge and attorneys have agreed that a witness’s statements are relevant and not hearsay, there are many additional restrictions on the content of what a witness can say. In general, a witness can describe what they have observed, but they cannot give an opinion. There are a few exceptions, such as giving an opinion of what the witness’s own property costs, or how fast a car was going, but a witness is prevented from giving most opinions.

When it comes to an opinion on whether a defendant or witness is a good person, that is limited to very general opinions, carefully limited by the judge, and including only the person’s general reputation in the community. No specific examples of good or bad behaviors are allowed. If a witness wants to give specific opinions in a particular area, that witness must be qualified as an expert, and the judge must be convinced that the person has the education and experience to deliver a relevant opinion, and the person must be relying on scientifically valid methods for their opinions.

What Exhibits can be Shown to a Jury?

The Evidence Code requires all tangible evidence have proper foundation. Tangible evidence is evidence that is not the testimony of a witness, and can be documents, pictures, videos, maps, or a great many other items. Foundation means that the item actually is what the party offering it says it is. If the prosecutor says that a photograph depicts a nighttime crime scene during the day, the prosecutor would have to include enough identifying information in the photograph to identify the location. Otherwise the photographer would have to come in to court and testify where the picture was taken.

How can I be Sure all the Right Evidence Will be Used in My Case? (And None of the Wrong Evidence)

This is just a brief overview of the Evidence Code and the many rules that have developed and splintered out from the Code itself. As you can see, handling a criminal case requires an attorney who is able to hold a vast amount of knowledge close at hand. Furthermore, it requires an attorney who can apply that knowledge within a few seconds to keep out inadmissible evidence, or to defend proper evidence.

If you have been charged with or accused of a criminal offense, it is very important that you consult with a Los Angeles Criminal Defense Lawyer as soon as possible. Los Angeles Criminal Defense Attorney Michael Kraut is a former Deputy District Attorney with over 14 years of prosecutorial experience who knows how to effectively defend those who are charged with crimes. Mr. Kraut is highly respected by judges, prosecutors and law enforcement as an excellent trial attorney who fights hard on behalf of his clients.