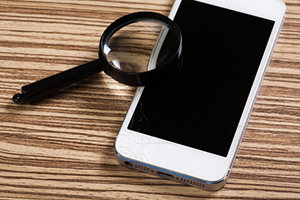 The United States Supreme Court in Kyllo v. United States stated, “It would be foolish to contend that the degree of privacy secured to citizens by the Fourth Amendment has been entirely unaffected by the advance of technology. The US Supreme Court, and each lesser court, must constantly evaluate new technologies that law enforcement begins to use for criminal investigations. The pace of change in forensics used to be driven by finding new uses for known technology. Fingerprinting was understood for many decades before it was widely used and accepted. Likewise, a lifetime passed between the invention of the airplane and the application of the Fourth Amendment to airplane surveillance.

While it takes just as long now as it always has for cases in Los Angeles to proceed through the appellate process to higher courts, the pace of forensic change grows exponentially. Each year brings a spate of new technologies, and it is never clear which one will be applied to criminal investigations. Sometimes technologies have obvious applications that gain popularity with law enforcement quickly, such as when cell phone location data became the new way to put suspects under surveillance. Sometimes it is an app developer who decides which technology will be applied to criminal interdiction. Still others are unknown to the public, but experts behind the scenes combine every available technology to surveil and search suspects, and to predict activity.

Are Police Allowed to use Invasive Technology in Investigations?

Police Officers in Los Angeles may gather information that is available to the public. However, if they want to gather private information, they need to obtain a search warrant. A search warrant is required whenever law enforcement wants to search an area where a person expects privacy. That expectation must be reasonable, and not merely the wishes of an excessively private person. What is reasonable depends on what society expects. Or more specifically, what is reasonable depends on the United States Supreme Court doing their best to decide how “society” thinks about new technological searches.

There are several problems to this approach, which courts at times wrestle with, and at times ignore. First, if the Supreme Court allows a search, it immediately becomes unreasonable to expect privacy where the Court has allowed searching. If the Court misinterprets society, the change is permanent in almost all cases.

Second, the Fourth Amendment to the United States Constitution does not restrain private parties. This means that the cell phone company, the cable company, and the social media company are not limited by the Fourth Amendment. Legislatures, both in Washington D.C. and in the state capitols, try to reign in the privacy invasions of media companies. However, most information is given voluntarily to internet or cellular service providers. And such services do not have to reveal all the ways that they use this information. Or at least they are required to reveal a very small portion of the ways that they use the private information of their customers.

This can result in a situation where, by the time a government actor invades a privacy right, private companies have already done the same thing for so long that society no longer recognizes such privacy as reasonable. This could mean that a narcotics unit is constantly scanning social media for references to drugs. Or for a violent crime, police plot out the location of everyone who’s phone was near the crime scene. And then those individual’s friends. And their friend’s friends.

If government was the first to use such surveillance, there might be a public outcry. Society would protect the privacy right from searches. However, if members of society get so used to technological privacy invasions by private companies, they may hardly notice when the government starts doing the same thing.