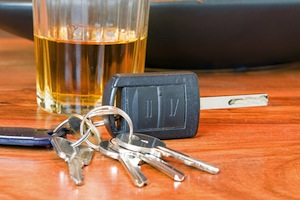 A standard sentence for a Glendale DUI offense may be subject to a variety of penalty enhancements depending on the circumstances of the case that can add time in jail as well as impose more onerous terms of probation. The following factors will up the penalties on a driving under the influence offense.

The severity of the penalty enhancement for having prior DUI convictions depends on how many previous convictions the defendant has.

One penalty enhancement that can significantly increase the defendant’s mandatory jail sentence for a Glendale DU conviction is the speed enhancement under California Vehicle Code Section 23582 VC. This enhancement requires the prosecutor to establish that the defendant was driving at an excessive speed (30 mph over the speed limit on the freeway or 20 mph over the limit on other roads) and also drove in a reckless fashion while under the influence. Speeding alone does not qualify as reckless driving. The driving conduct must also go beyond simple carelessness or negligence and must demonstrate a disregard for the safety of others.

3. Having a Passenger Under 14 in the Vehicle - California Vehicle Code Section 23572 VC

In Glendale, having a minor child under 14 in the vehicle at the time the DUI occurred can also lead to enhanced penalties pursuant to California Vehicle Code Section 23572 VC. If the defendant does not have any prior DUI convictions, this penalty enhancement will impose an additional 48 hours in jail. The jail time increases to 10 additional days for a defendant’s second DUI, 30 days on a third DUI conviction and 90 days for a defendant’s fourth (or subsequent) DUI conviction in a ten year period. Furthermore, the defendant can be prosecuted for the separate criminal offense of child endangerment in violation of California Penal Code Section 273(a) PC. This crime is a potential felony that can carry significant jail or prison sentences.

There are a variety of other enhancements that can increase the penalty for a Glendale DUI offense. If the defendant had a BAC that measured .15 percent or higher or if the driver refused to submit to chemical testing, the judge may impose a longer jail sentence or require that the defendant take a longer alcohol education class. The court may additionally impose community labor or community service requirements.

If you have been cited for a Glendale DUI offense, it is critical that you consult with a Glendale DUI Lawyer right away. Glendale DUI Attorney Michael Kraut is a former Deputy District Attorney with over 14 years of prosecutorial experience who understands how best to fight DUI cases and any accompanying penalty enhancement allegations.