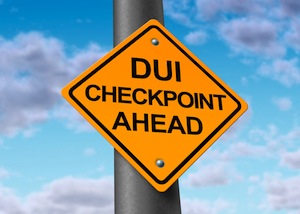 Although they are still considered relatively novel and are not approved in all states, California law permits the use of Glendale DUI checkpoints to monitor and enforce DUI laws pursuant to California Vehicle Code Section 23152(a) and California Vehicle Code Section 23152(b) . Law enforcement agencies in and around the Glendale area habitually rely on Glendale DUI checkpoints to generate DUI arrests and prosecutions.

Usually, Glendale law enforcement officers on patrol must have probable cause of a crime before they can initiate a traffic stop and stop a vehicle, typically relying on an observed violation of the California Vehicle Code or California Penal Code. Once stopped, an officer may escalate the investigation into a Glendale DUI investigation if that officer observes objective indications that the driver is under the influence of alcohol or another drug.

With Glendale DUI sobriety checkpoints, law enforcement officers are allowed to stop and monitor every vehicle passing through a specific predetermined location during the duration of the checkpoint. Glendale DUI checkpoints must follow important legal guidelines established by the California Supreme Court in the Ingersoll v. Palmer case. If these guidelines were not followed, the resulting DUI charge may be deemed unconstitutional.

DUI checkpoints in Glendale are conducted at times and places that have historically experienced higher than usual occurrences of DUI arrests and DUI-related car accidents. Typically, this translates into the evening and early morning hours on weekends, and in main thoroughfares. The law allows for checkpoints in Glendale to random. That means that, for example, every 5th car is pulled into the checkpoint.

Once a driver arrives at a Glendale DUI checkpoint, one of the officers assigned to the checkpoint will quickly visually examine and question the driver to ascertain whether or not the presence of alcohol is objectively apparent. The officer will also visually scan the vehicle for related offenses, such as driving with an open container of alcohol, tinted windows or use of a phone while driving.

If the officer does not observe objective signs of intoxication, they will allow the driver to leave the Glendale DUI checkpoint freely. However, if evidence of intoxication is detected, or a person's license or registration is not perfect, that driver will be stopped and detained for further DUI investigation.

The California Supreme Court has laid out the guidelines that must be followed for a Glendale DUI checkpoint to pass Constitutional muster.

It is required that the Glendale DUI checkpoint be conducted by a supervising officer. This senior officer must select a time and location of the checkpoint that has been shown to have a higher than usual amount of DUI arrests or DUI traffic collision. This supervising officer must also ensure that the DUI checkpoint is conducted in an unbiased fashion, and must establish strict criteria to determine exactly what vehicles are stopped. For example, allowing every car or every third car passing through the checkpoint to be stopped would be acceptable, but making a rule that only older vehicles or cars with a certain number of occupants should be stopped would violate the law.

Because of the many various rules and requirements associated with Glendale DUI checkpoints, it is critical that you have a skilled Glendale DUI Checkpoint attorney on your side.

Glendale DUI Checkpoint Attorney Michael Kraut is experienced at handling Driving Under the Influence charges stemming from arrests at Glendale DUI checkpoints. As a former Deputy District Attorney assigned to the Glendale Courthouse, with over 14 years of prosecutorial experience, Mr. Kraut has argued cases of this nature from both the state's and defense perspective. Mr. Kraut knows what issues to be aware and will attack and undermine the People's case on those issues at court.