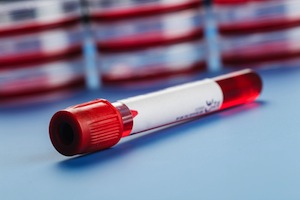 After stopping and arresting someone for DUI in Glendale, law enforcement officers will request that the suspect submit to chemical testing, either via a breath test or a blood test. The blood test is widely viewed as the more accurate and reliable method of testing for alcohol of the two. It can also be used to determine if a driver is under the influence of drugs. Despite its reliability, there are circumstances in which the results of Glendale blood testing can be challenged in court.

Title 17 of the California Code of Regulations establishes strict guidelines that law enforcement agencies must follow when taking, storing and analyzing blood samples from DUI suspects. Some of the requirements include the following:

One advantage that blood testing has over breath testing is that blood samples taken by law enforcement officers in Glendale can be retained and then later retested by defense attorneys using an independent laboratory. Before taking a blood sample, the officer must inform the DUI suspect that he or she is entitled to have the blood sample kept for future testing.

If this right has been asserted and the blood sample has been maintained, a Glendale DUI attorney can request that the court authorize the release of this sample for independent testing by having the judge sign what is known as a “blood split order.” Upon testing at an independent laboratory that is unaffiliated with any law enforcement agency, the results of the test may show a blood alcohol level that is different from what the “official” test revealed. Additionally, there may be evidence that the testing by law enforcement was subject to errors or contamination that compromised the integrity of the blood test.

Frequently seen errors that can affect BAC readings in Glendale include blood samples that have been contaminated, samples that are inadvertently switched or intermingled with another person’s blood, or improper conditions that cause blood fermentation; a process in which blood can produce its own alcohol. If blood samples are not handled and stored correctly, a process called hemolysis may occur in which red blood cell membranes break down and then ferment, thus affecting the accuracy of any subsequent blood alcohol analysis.

Law enforcement in Glendale routinely test blood samples for drugs, however there may be issues with this testing. Certain narcotics such as marijuana may stay in a person’s blood long after any intoxicating effects have ceased. Thus, someone who used drugs days ago may end up testing positive on a DUI blood test. If this happens, an effective Glendale DUI Lawyer would have to show how the levels detected were so low that no intoxicating effect would have been present.

Another way that the blood test differs from the breath test is that a blood sample can theoretically be taken from a suspect without his or her consent. This practice was frequently used against DUI suspects who refused testing. However, the U.S. Supreme Court recently ruled in the Missouri v. McNeely decision that law enforcement officers must have a warrant before conducting a forced blood draw on a DUI suspect. It is important to remember, however, that those who refuse testing in California may still be charged with a DUI offense as a Glendale DUI refusal.

If you have been arrested for DUI in Glendale and provided either a blood or breath sample, it is very important that you speak with an effective Glendale DUI lawyer right away. As a former Deputy District Attorney with over 14 years of prosecutorial experience, Glendale DUI Attorney Michael Kraut knows how to effectively challenge the result of chemical testing in DUI cases. Mr. Kraut is well-known and respected in Glendale by law enforcement, prosecutors and judges for his extensive knowledge of DUI laws.