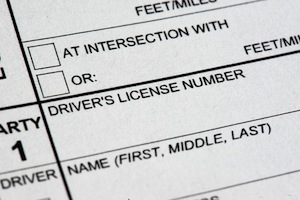 Many significant events occur rapidly after someone is arrested for DUI in the Glendale area, and the arrested party may find him or herself disoriented and not fully aware of everything that is occurring. In the early stages of the Glendale DUI Process, the arrestee’s California driver’s license is taken away and the driver is notified that a driver’s license suspension by police will become effective after 30 days.

There are a number of different law enforcement agencies conducting DUI arrests in the Glendale area, including the Glendale Police Department, the California Highway Patrol (which maintains a station in Glendale), the Los Angeles County Sheriff’s Department and the Sierra Madre Police Department. While the agency involved in the arrest may differ, all officers receive extensive training in processing DUI arrests and often follow strict policy guidelines that are typically identical regardless of the agency. After a driver suspected of being under the influence has been arrested, that driver will be asked to submit to either breath testing or blood testing to determine what his or her blood alcohol content is. If the driver refuses to take a breath or blood test, his or her driver’s license will be suspended for an entire year.

When a Glendale driver has a BAC that is 0.08 percent or higher, the California Department of Motor Vehicles authorizes the arresting officer to take away the license of that individual. The driver would be given a pink notification form regarding the DMV Order of Suspension that would go into effect after 30 days. This is provided to nearly all drivers arrested for DUI, even those who opt to take a blood test and whose BAC is not available at the time of arrest. The notification serves as a temporary license in the thirty days before the suspension actually starts.

The usual suspension period for a Glendale driver who did not refuse chemical testing, has no prior DUIs and is 21 or over is four months. A restricted driver’s license may be available after the driver has served 30 days of the suspension. This restricted license only allows driving to and from work and to and from an alcohol education class. The restricted license requires that the driver is enrolled in a three month alcohol education class, has obtained supplemental SR-22 insurance and has paid the DMV reinstatement fee.

For drivers who have had a prior DUI, who refused testing or who are younger than 21, the license suspension imposed would last for a minimum of one year. For most of the drivers in these categories, restricted licenses are not available and they would be expected to refrain from driving during the entire suspension period. For certain drivers who have older prior convictions (i.e. they are no longer on probation for a first DUI offense) a restricted license may be available once a court conviction has been entered and after a 90 day suspension has been served. Under this restriction, the driver must install and maintain an Ignition Interlock Device (“IID”) in his or her car that would prevent the automobile from being operated if the driver has any alcohol in his or her system.

If you have been arrested for a Glendale DUI offense, it is very important that you get in contact with an experienced Glendale DUI lawyer immediately, as there are critical deadlines to challenge the driver’s license suspension that cannot be missed. As a former Deputy District Attorney with over 14 years of prosecutorial experience, Glendale DUI Attorney Michael Kraut knows how to effectively defend his clients in both the criminal and administrative actions.

For more information about the Glendale driver’s license suspension by police, and to schedule your free consultation, contact Glendale DUI Lawyer Michael Kraut at the Kraut Law Group located at 121 W Lexington Dr, Glendale, CA 91203. Mr. Kraut can be reached 24/7 at 818-507-9123.