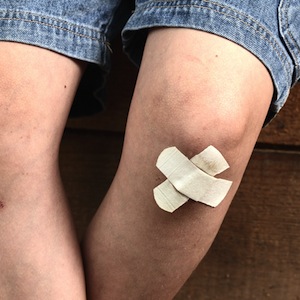 While parents are generally given wide latitude in respects to how they raise and care for their children, there are limits to what a parent can and cannot do. California Penal Code Section 273a PC addresses child endangerment offenses. Child endangerment is considered a domestic violence offense.

To prove that a defendant committed child endangerment, a prosecutor must be able to establish the following elements:

A child is defined as any person under the age of 18. Unjustifiable physical pain or mental suffering is pain or suffering that is not reasonably necessary or is excessive under the circumstances.

A woman cares for her infant child and never harms the child. However, after her new boyfriend moves in she notices bruises and injuries on the baby and suspects that the boyfriend is abusing the baby. The woman could be prosecuted for child endangerment because she willfully allowed the child to be in this situation by allowing the boyfriend to live in the home.

Another woman has two children, a five-year-old and a eight-year-old. One afternoon, she leaves them unsupervised for several hours while she leaves the house. The house catches fire and the both children are seriously injured. This woman would not be guilty of child endangerment, because while her actions certainly would be considered bad parenting, leaving the children alone does not amount to criminal negligence.

As mentioned above, parents do have a right to use reasonable physical force to punish their children.

Where there was no risk of great bodily harm or death, child endangerment is a misdemeanor level offense. If convicted, the defendant can be sentenced to up to six months in jail, court fines, and parenting classes.

If the child endangerment involved a risk of great bodily harm or death to the child, the offense is a “wobbler” that can be charged as a felony or a misdemeanor. If charged as a felony, the defendant can be sentenced to up to four years in prison. Additionally, if the child dies, a prosecutor may consider filing more serious manslaughter or murder charges.

Convictions for child endangerment can jeopardize professional licenses and could prevent future employment in fields such as education, child care or nursing.

If you have been accused of child endangerment, it is very important that you speak with a Los Angeles Criminal Defense Attorney right away. As a former Deputy District Attorney with over 14 years of prosecutorial experience, Los Angeles Criminal Defense Attorney Michael Kraut is highly experienced at handling cases of this nature. Mr. Kraut is highly respected by prosecutors and law enforcement as a passionate advocate who fights hard for his clients.