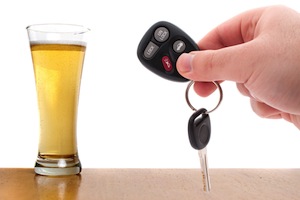 For Glendale Driving Under the Influence of Alcohol offenses, defendants are typically charged under both California Vehicle Code Section 23152(a) VC and California Vehicle Code Section 23152(b) VC. DUI charges involving alcohol are some of the most prevalent charges filed by prosecutors at the Glendale Courthouse, located at 600 East Broadway, Glendale, CA 91206. This article covers Glendale DUI charges in which alcohol is involved. Please visit the individual articles on Glendale DUI Refusal or Driving Under the Influence of Drugs for more in-depth information about these other related topics.

A conviction for Driving Under the Influence of Alcohol in Glendale can carry potentially severe consequences. Typical court sentences can include jail, extensive fines, fees and assessments, victim restitution, a lengthy probationary term, required community service or work programs, loss of driver's license, increased auto insurance premiums, and DMV points. There can also be negative consequences on state professional licenses, housing and employment.

The DUI Process in Glendale for a driver is usually initiated when a member of the Glendale Police Department, California Highway Patrol or other law enforcement agency stops a driver for a violation of the law. The officer cannot stop a vehicle without probable cause that the driver is breaking the law. The violation of the law can be minor, and often includes things such as failure to use turn signals, equipment violations, or driving in excess of the speed limit. If the prosecution cannot show there is probable cause then the case must be dismissed.

There may be a variety of defenses available to fight a Glendale DUI with Alcohol charge. Due to the unique way in which the human body processes alcohol, a person may have a rising blood alcohol when they complete chemical testing despite the fact they were under the legal limit when they were driving. Other medical conditions may affect how alcohol levels are reflected in breath or blood testing. Additionally, if the officer lacked probable cause to stop or arrest a driver, it is possible to suppress the arrest and all evidence derived from it in a hearing pursuant to California Penal Code Section 1538.5 PC. If all evidence is suppressed, the prosecutor would be unable to proceed and would dismiss the charges.

If you have been arrested for Driving Under the Influence of Alcohol, it is very important that you speak with a Glendale DUI attorney immediately. Glendale DUI Attorney Michael Kraut has extensive experience in fighting DUI charges in the Glendale area. Mr. Kraut is a former Deputy District Attorney with over 14 years of prosecutorial experience and has established key relationships with prosecutors and law enforcement in the area. Mr. Kraut is highly respected for his extensive knowledge of the DUI law and his impressive skills in the courtroom.