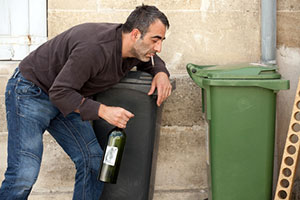 When a law enforcement officer in Glendale stops a vehicle and initiates contact with the driver as part of the Glendale DUI Process, that officer will be paying particularly close attention to any symptoms of intoxication that may be present. If the officer notices enough of these symptoms, he or she will form the opinion that the driver may be intoxicated and will have the driver exit the vehicle to conduct field sobriety tests.

Specifically, a law enforcement officer from the Glendale Police Department, California Highway Patrol, Los Angeles County Sheriff's Department or another Glendale-based agency will be trying to determine if a driver is under the influence of alcohol or drugs.

What may be a "symptom of intoxication" in one suspect can be something completely unrelated to drugs or alcohol in another. Police reports are usually generated with numerous common symptoms of intoxication already listed, and the arresting officer is simply required to check the relevant boxes for the symptoms he observed when filling out his report. It is often the case that an officer will mark all boxes in their reports, as the judgments rely on subtle observations that are basically immune from later challenge. The accuracy of an officer's observations may be doubtful, and many people charged with DUI in Glendale are later shocked to read how they are described in arrest reports.

While there are many different conditions that can be indicative of alcohol or drug consumption, the following is a list of some of the things that Glendale law enforcement officers are watchful for:

The National Highway Traffic Safety Administration (“NHTSA”) has recognized that certain driving conduct can be associated with intoxication, and has compiled statistics regarding the likelihood a driver is impaired based on the driving conduct observed:


If you have been arrested for DUI in Glendale, it is imperative that you speak with a knowledgeable Glendale DUI attorney right away. Glendale DUI Attorney Michael Kraut is a former Deputy District Attorney with over 14 years of prosecutorial experience who knows how to effectively challenge an officer's evaluation of symptoms of intoxication and how this may show bias. Mr. Kraut is highly respected throughout Glendale as a tough litigator who is well-versed in DUI law.