Glendale DUI With Child In The Vehicle 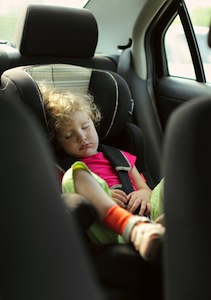 There are several DUI penalty enhancements that, when proven, can add significant jail time to any Glendale driving under the influence conviction. One of the enhancements that will add some of the most jail time is the enhancement for having a minor child in the vehicle at the time of the DUI under California Vehicle Code Section 23572 VC. This penalty enhancement imposes additional jail time on the underlying DUI conviction. Additionally, driving drunk while having a minor child in the vehicle may expose the defendant to separate criminal charges of child endangerment under California Penal Code Section 273(a) PC, which can be filed as a felony.

For the defendant to be found guilty of the penalty enhancement for having a minor child in the vehicle, the following elements must be present:

Before this penalty enhancement can be applied, the defendant must have first been convicted of DUI. There may be circumstances where the DUI charge was dismissed or the defendant was allowed to plead to a reduced charge, such as wet reckless per California Vehicle Code Section 23103/23103.5 VC or exhibition of speed pursuant to California Vehicle Code Section 23109(c) VC, as part of a plea agreement. In these cases, the penalty enhancement could not be enforced against the defendant.

If the penalty enhancement is imposed on a person convicted of driving under the influence in Glendale, the following penalties would be added depending on the defendant’s prior DUI record:

In addition to the penalty enhancement that can be tacked on to a Glendale DUI conviction, someone who is caught driving while under the influence and with a child in the vehicle may be charged separately with child endangerment pursuant to California Penal Code Section 273(a) PC. The crime of child endangerment may be charged when the minor in question is under the age of 18, while the penalty enhancement only applies when the minor is under 14.

Child endangerment is what is referred to as a “wobbler” crime, which means that prosecutors can file either felony or misdemeanor charges. If convicted of child endangerment as a felony, a judge can sentence the defendant to up to four years in prison. If convicted of this offense as a misdemeanor, the maximum jail time that can be imposed is six months. A person can be charged with both child endangerment as well as DUI with the California Vehicle Code Section 23572 VC enhancement for the same incident. However, child endangerment is typically only charged in the most egregious cases, such as where the defendant’s BAC was unusually high or where there was reckless or dangerous driving conduct involved.

If you have been arrested for a Glendale DUI offense with the accompanying penalty enhancement for having a minor child in the vehicle, it is very important that you speak with a qualified Glendale DUI Attorney right away. As a former Deputy District Attorney with over 14 years of prosecutorial experience, Glendale DUI Attorney Michael Kraut knows how to effectively combat any additional allegation that may be part of a DUI prosecution. Mr. Kraut is well respected by judges and law enforcement in Glendale as a tough litigator who fights hard on behalf of his clients.

For more information about the Glendale DUI with a child in the vehicle enhancement, and to schedule your free consultation, contact Glendale DUI Lawyer Michael Kraut at the Kraut Law Group located at 121 W Lexington Dr, Glendale, CA 91203. Mr. Kraut can be reached 24/7 at 818-507-9123.