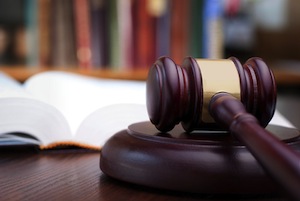 People charged with a Glendale DUI offense typically must deal with two different actions as a result of the arrest; the criminal case that is charged by the Los Angeles County District Attorney’s Office and handled in the Glendale Courthouse located at 600 East Broadway, Glendale, CA 91205, and the administrative action through the California Department of Motor Vehicles regarding the Glendale DUI defendant’s ability to keep his or her driver’s license. While sharing some similarities, there are key distinctions that must be properly addressed in order to effectively mount a successful DUI defense.

When arrested for Driving Under the Influence in Glendale, a law enforcement officer from the Glendale Police Department, California Highway Patrol or Los Angeles County Sheriff’s Department will seize the arrestee’s California driver’s license and will provide notice of a license suspension scheduled to start after 30 days. Anyone arrested for a Glendale DUI offense faces a license suspension, even drivers who have out-of-state licenses or those who are not licensed drivers.

It is often the case that individuals are under the false impression that no action will be taken against their driving privileges until the court case has resolved. Thus, they may wait to hire an attorney until the case is scheduled to go to court. However, the narrow window of time to request a DMV hearing starts immediately and failure to meet this deadline results in an automatic suspension.

When requesting a hearing with the DMV, a Glendale DUI Attorney would also request that the suspension be stayed pending the outcome of that hearing. This allows the driver to keep his or her license while the matter is pending. In order to fight the DMV suspension, an attorney may submit legal motions, subpoena evidence and consult with expert witnesses who could testify at the hearing. If the hearing is decided in favor of the driver, there would be no subsequent license suspension. If the driver is not successful, the four month suspension would go into effect without any additional penalty. Thus, a driver does not have anything to lose by fighting the suspension.

The DMV hearing for DUI offenses out of the Glendale area will typically be assigned to a hearing officer from the Van Nuys Driver’s Safety Branch of the Department of Motor Vehicles. DMV hearing officers are neither attorneys nor judges and are employed by the DMV to hear these matters. During the hearing, the hearing officer will act as both a prosecutor who must establish a case against the driver and as a judge who must reach a decision.

When conducting the Administrative Per Se hearing, the DMV hearing officer is looking to see if there was reasonable cause to stop and arrest the driver and if the driver had a BAC of 0.08 percent or higher at the time of driving. Many people are surprised to learn that drivers who were under the influence of drugs would not lose their license pursuant to the DMV action. The hearing officer may only rely on the police reports from the case or can call witnesses. The driver can call witnesses and can testify. If the driver is represented by counsel, the hearing can be conducted without the driver needing to appear.

The DMV administrative hearing operates independently of what happens in the criminal case out of the Glendale Courthouse. There may be cases where a driver wins the DMV administrative hearing but is convicted of DUI in court and would still have to serve out a driver’s license suspension. A license suspension is automatically imposed for DUI convictions, but not for convictions of most reduced charges like wet reckless or exhibition of speed.

If you have been arrested for DUI in the Glendale area and are now facing a potential driver’s license suspension, it is important that you speak with a Glendale DUI lawyer right away, as important filing deadlines may be missed. As a former Deputy District Attorney with over 14 years of prosecutorial experience, Glendale DUI Attorney Michael Kraut is highly effective at fighting DMV license suspensions. Mr. Kraut has had great success for his clients dealing with both the criminal and administrative aspects of a DUI arrest.