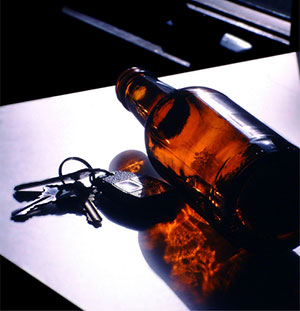 For defendants who have been charged with driving under the influence offenses in Glendale, there may be circumstances where the defendant is allowed to plead to a reduced DUI charge that would prevent him or her from being convicted of DUI. The Deputy District Attorney handling the case may realize that there are certain problems with proving the case that may exist or other circumstances that would justify reducing the charge. A Glendale reduced DUI charge will typically occur as the result of a plea negotiation conducted by a skilled Glendale DUI Attorney and may ultimately result in the defendant pleading to one of the following non-DUI offenses.

Reckless driving involving alcohol, or wet reckless, pursuant to California Vehicle Code Section 23103/23103.5 VC is one of the most prevalent reduced DUI charges in Glendale. Wet reckless is sometime offered in cases where the defendant has a blood alcohol level that is close to the legal limit (0.08 percent) and where there are no aggravating factors such as collisions or egregious driving conduct.

Most importantly for defendants, a wet reckless conviction is not a DUI and if the defendant is ever asked on an application if he or she was ever convicted of driving under the influence the defendant could honestly answer “no.” A conviction for wet reckless will not prompt a separate driver’s license suspension and there would be no requirement for the defendant to have an Ignition Interlock Device (“IID”) installed in his or her vehicle.

The court penalties imposed on a wet reckless conviction are generally less substantial than the Glendale DUI penalties imposed on a first time DUI offense. The defendant may only have to complete a 12-hour alcohol education program (SB 1176) instead of the three, six or nine month program. In addition, fines will often be lower.

Wet reckless convictions are considered enhanceable if the defendant is unfortunate enough to pick up a second (or subsequent) DUI offense within the next ten years. This means that if the defendant is convicted of a subsequent DUI offense, the prior wet reckless will be considered a DUI for sentencing purposes. This would be the case even if the wet reckless conviction has been expunged under California Penal Code Section 1203.4 PC.

In addition to alcohol related reckless driving, there may be cases where the prosecutor is willing to drop the alcohol component and allow a plea to simple reckless driving in violation of California Vehicle Code Section 23103 VC. Also known as dry reckless, this charge is not enhanceable and does not carry mandatory sentencing requirements such as completion of an alcohol education class, a driver’s license suspension and certain mandatory fines. This conviction would also not appear as a DUI or an offense involving alcohol on criminal background checks.

A defendant convicted of dry reckless will be placed on misdemeanor probation and would be assessed court fines. The plea agreement may call for completion of an alcohol education class or community service or labor.

In some cases, a Deputy District Attorney from the Glendale Branch Office of the Los Angeles County District Attorney’s Office may reduce a DUI charge to exhibition of speed (also called “speed ex”) in violation of California Vehicle Code Section 23109(c) VC. An exhibition of speed charge makes no reference to alcohol consumption or impaired driving and does not trigger mandatory DUI sentencing requirements like completion of a drug/alcohol program or suspension of driving privileges. This offense is a misdemeanor that will assess points to the defendant’s driving record. In addition, the defendant would be expected to abide by the conditions and requirements of probation set forth in the plea agreement.

If you have been arrested for DUI in Glendale, it is crucial that you discuss your situation with a Glendale DUI Lawyer right away. As a former Deputy District Attorney with over 14 years of prosecutorial experience, Glendale DUI Lawyer Michael Kraut possesses a thorough knowledge of the DUI laws and has had tremendous success in having DUI charges reduced and even dismissed.