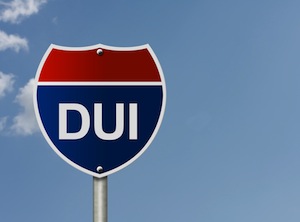 Driving Under the Influence in Glendale is one of the most commonly charged criminal offenses in Glendale, the third largest city in Los Angeles County. Glendale DUI criminal charges under California Penal Code section 23152(a) and/or California Vehicle Code Section 23152(b) may be prompted by several events.

Following a traffic collision, officers of the Glendale Police Department or other law enforcement professionals operating in the Glendale area will respond to the scene and will conduct an investigation. If you are not arrested by the Glendale Police Department then Glendale DUI arrests are usually made by the California Highway Patrol (CHP). If the officer suspects that one or more of the drivers involved in a collision was driving under the influence of alcohol, or another drug, then the driver could be arrested and charged with Drunk Driving in Glendale.

Before a Glendale law enforcement officer can arrest a driver for Driving Under Influence, that officer must have probable cause to believe that the driver was under the influence of either drugs or alcohol. Upon responding to a collision, the officer will typically look for physical signs that the driver was drinking, such as the smell of alcohol on their breath or a strong smell of alcohol on the suspects' skin. bloodshot eyes and slurring of speech.

If an officer observes these indicators, they will ask the suspect driver to complete additional testing, also known as Field Sobriety Tests (FSTs). The standardized tests conducted in a Glendale DUI investigation include the horizontal gaze nystagmus (HGN) test, the walk and turn test, and the one-leg life test. Additional non-standardized test include the Finger to Nose Test, the Rhomberg balance test, and others. These tests are discussed at length in the article on Glendale Field Sobriety Testing. These tests are subjective and rely on the judgment of the individual conducting the test and not scientific standards.

In addition to the Field Sobriety Tests, the Glendale law enforcement office may request that the suspect supply a breath sample at the scene with their portable preliminary alcohol screening (PAS) device. This device does not give an exact reading of someone's blood alcohol content, however it will provide a close estimate of BAC and is used by officers to determine whether or not they have enough to arrest and detain someone for Drunk Driving.

In addition to collisions, a Glendale DUI charge may commence when an impaired driver is caught at a Glendale DUI Checkpoint. Checkpoints have become an increasingly popular tool used by law enforcement agencies to monitor for Drunk Driving in Glendale. Checkpoints are usually set up at popular intersections and allow officers to scrutinize every driver passing through for indicia of impaired driving. If a motorist is suspected of Driving Under the Influence, he or she may be arrested and taken in for further testing. Glendale DUI checkpoints must follow to specific Constitutional guidelines. These checkpoints are discussed in detail in the section on DUI checkpoints.

Additionally, a member of the public may observe erratic driving and call the authorities to report a suspected DUI driver in Glendale. Officers would be dispatched to the location to find the driver and will proceed with a typical DUI investigation based on the information received in the informant's tip.

The vast majority of Driving Under the Influence charges in Glendale occur after a law enforcement officer on patrol notices a motorist violating a provision of the California Vehicle Code or any other California law. Typically, the Glendale Police Department and the California Highway Patrol generate the most DUI stops in Glendale, however officers from the Sierra Madre Police Department, Los Angeles County Sheriff's La Crescenta Valley Station and others are also active in this area.

Glendale law enforcement officers must have a reasonable, articulable justification for stopping a vehicle. The stop cannot be based on a mere whim or suspicion of drunk driving. The reason cited is generally a violation of California statutory law, such as speeding, failure to maintain proper lane positions, equipment violations and even failure to use turn signals.

After the stop, the law enforcement officer will conduct the normal DUI investigation described above in order to determine whether there is a probable cause to arrest the suspect driver for Driving Under the Influence. If the officer concludes that there is sufficient probable cause, he or she will arrest the suspect and bring them to the station or hospital for further breath or blood alcohol testing. The suspect will be provided the option to provide a breath sample at the station using the Intoxilyzer breath testing device or will be given the opportunity to give a blood sample for testing. If the suspect chooses the breath test, the results will be known immediately and that person will be charged with Driving Under the Influence pursuant to California Penal Code section 23152(a) and/or California Vehicle Code Section 23152(b) if the sample was greater than 0.08 percent. If the suspect opts for the blood test, they will generally only by charged with VC § 23152(a), as their specific blood alcohol level would not be immediately known.

In either case, the suspect will be booked into the Glendale City Jail located at 131 North Isabel Street, Glendale, CA 91206. They be released usually on the next date and be given a day to appear at the Glendale Courthouse , located at 600 East Broadway, Glendale, CA 92106. The suspect will also have their license taken from them and be given a pink, temporary license informing them of their impending DMV license suspension.

The time period between a Glendale DUI arrest and the arraignment date at the Glendale Courthouse is very important. During this time, having a private Glendale DUI attorney working immediately on your case can be crucial. There are immediate deadlines which must be met. For example, someone charged with Driving Under the Influence only have ten days to request an administrative hearing with the Department of Motor Vehicles, otherwise their license suspension will become effective for a four month period.

Additionally, a Glendale Drunk Driving attorney can work with prosecution and law enforcement prior to charges being filed to intercede and try to prevent a filing. If charges have been filed, an effective DUI attorney can challenge the case on many grounds, including the sufficiency of the samples provided and/or devices used for testing, the validity of the traffic stop, and other specific elements that could undermine the prosecutor's case. In order to prove charges of Driving Under the Influence under California Penal Code Section 23152(a) and/or California Penal Code Section 23152(b) , the prosecutor must be able to establish certain factors. An experienced Glendale DUI attorney can challenge the People's case in order to get a dismissal or significantly reduced charges.

Glendale DUI Attorney Michael Kraut is experienced at handling Impaired Driving charges at all stages of the DUI process. As a former Deputy District Attorney assigned to the Glendale branch of the Los Angeles County District Attorney's Office, Mr. Kraut is highly skilled in handling DUI cases and is highly regarded by prosecutors and law enforcement officials in Glendale. Mr. Kraut is known for fighting hard for his clients to make sure they have the best representation possible.