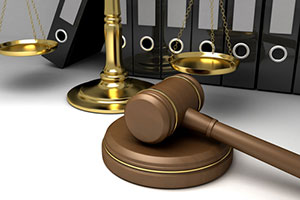 “Pitchess motions” are legal motions filed to determine whether a law enforcement officer has previously been accused of or disciplined for misconduct. These motions often may be critical in defending a DUI case. In a Pitchess motion, the defense is requesting access to an officer’s personnel record, which may show that the officer has a history of misconduct. Pitchess motions are not available in all cases and must comply with the strict procedures set forth by law.

What is a Pitchess Motion?

Pitchess motions are named after the landmark 1974 case in which the California Supreme Court ruled that an officer’s personnel records can be released in certain circumstances. Law enforcement officers must not engage in improper conduct when investigating and arresting suspects and violations are taken very seriously. In some cases, an officer’s misconduct can result in the dismissal of criminal charges.

For example, if a Los Angeles officer engaged in racial profiling, used excessive force, lied in his or her report or committed any other act of misconduct, these actions would be relevant in determining the defendant’s guilt or innocence. As a result, evidence of prior similar misconduct would be immensely valuable to the defendant’s case. In a DUI case, this can involve racial profiling or lying about the reasons for a vehicle stop or observations during the DUI investigation.

In a Pitchess motion, the defense is requesting that the officer’s personnel files be examined to determine whether or not there have been prior accusations or disciplinary action. These records are typically private and law enforcement agencies will typically fight the request for release of records.

When filing a Pitchess motion, the defense must be able to show that there is good cause to have the officer’s records released. Typically this is demonstrated in a sworn declaration from the defendant describing the misconduct in the current case. Any evidence supporting the defendant’s claim of misconduct would be very helpful. The defense would also have to demonstrate why the records requested would be relevant to the defense. The judge will be wary of any “fishing expeditions” and will want to see that the officer has a history of committing the kind of misconduct alleged in the current case.

If the judge finds sufficient cause to proceed with the motion, an in camera review of the officer’s personnel records will be conducted privately in the judge’s chambers. The officer may be present in chambers with counsel. Often, a representative from the county will appear on behalf of the law enforcement agency. If the judge finds that there is relevant material in the officer’s personnel file, it may be released to the defense.

Effects of a Pitchess Motion on a DUI Case

If the Pitchess review shows that there are complaints or a disciplinary history, the defense may be able to use this information. The prosecution may decide to dismiss the charges, especially if the officer’s conduct was particularly egregious or offensive. In other cases, the prosecution may consider a reduced DUI charge, such as wet reckless, dry reckless or exhibition of speed. The prosecution may not want to take the risk of going to trial and instead may want to settle the case.

If you or a loved one have been arrested for or charged with a DUI offense and you want more information about Pitchess motions, it is critical that you discuss your case in detail with a knowledgeable Los Angeles DUI lawyer as soon as possible. Michael Kraut is a former Deputy District Attorney with over 14 years of prosecutorial experience who understands how to effectively litigate complex legal motions and make sure his clients receive the most comprehensive defense possible.