DUI and No Driving Observed 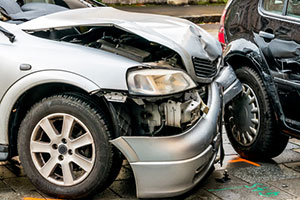 In many cases involving DUI collisions, driving conduct may not have actually been observed by the arresting officer. The police are typically summoned after a collision when one or both parties call 911 to report a traffic accident. The investigating officer may come to believe that one or more parties involved in a traffic collision are under the influence of alcohol or drugs. The police will take witness statements, interview the involved parties and review the evidence in the 911 call in determining whether or not a DUI suspect was driving at the time of a collision.

If there are no witnesses and no admission from the DUI suspect, the investigating officer will look for other circumstantial evidence of driving. The officer will examine the vehicle and its seat position. The officer will also look for any injuries to the DUI driving suspect and see if they are consistent with his or her placement in the driver’s seat of the vehicle.

In Los Angeles, for example, courts and prosecutors take DUI cases involving collisions very seriously due to the significant danger that DUI collisions pose. If someone was injured as the result of a DUI collision, the defendant can be charged with DUI causing injury in violation of California Vehicle Code Section 23153 VC. In addition, anyone convicted of a DUI offense involving a collision would be required to pay victim restitution as a condition of probation.

Sleeping in a Vehicle

There may be instances where a defendant is arrested for DUI while observed passed out or sleeping in a vehicle. Unlike many other states, California’s DUI statute requires “volitional movement.” This means that a person is not guilty of a DUI if he or she is merely seated in a vehicle while under the influence if there is no evidence that the vehicle was actually in motion.

Sometimes, proving volitional movement will be straightforward, such as where a person falls asleep in the middle of an intersection or in line at a drive through. In other cases, proving DUI may be more difficult for the prosecution. This may be the case where a defendant is parked lawfully and asleep in a vehicle that is powered off and in park. Drivers should be aware that they can still be arrested for drunk in public under California Penal Code Section 647(f) PC, however this is not a DUI offense and they would not lose their driving privileges if convicted of this misdemeanor level crime.

The Timing of Alcohol Consumption

If you have been arrested for a DUI in which no driving conduct was observed, it is crucial that you meet with an experienced Los Angeles DUI lawyer immediately. As a former Deputy District Attorney with over 14 years of prosecutorial experience, Michael Kraut understands how to effectively fight DUI cases on behalf of his clients.