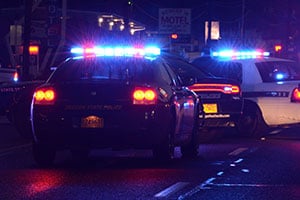 Use of Circumstantial Evidence to Prove Driving

Use of Circumstantial Evidence to Prove Impairment

The prosecution is also required to prove that at the time of driving, the defendant was under the influence of alcohol or had a blood alcohol content of 0.08 percent or higher. Because there is usually no breath or blood test taken exactly at the time of driving, the People would show impairment or an excessive BAC through circumstantial evidence.

The prosecution may need to call a toxicology expert to testify regarding why a breath or blood test taken sometime after driving occurred is probative of the defendant’s BAC at the time of driving. The expert would describe retrograde extrapolation and how it is possible to calculate a defendant’s BAC at the time of driving based on evidence calculated minutes or even hours later. The defense can also present expert testimony rebutting the People’s expert in order to show why the defendant would not have had a BAC of 0.08 percent or higher while driving or why the People’s calculations are inaccurate.

If you have been arrested for a DUI offense, it is critical that you speak with a knowledgeable DUI lawyer as soon as possible. As a former Deputy District Attorney with over 14 years of prosecutorial experience, Michael Kraut works with the area’s most respected experts and understands how to effectively attack the prosecution’s evidence in defending a DUI case.