There is a common misconception that it is impossible to fight a California DUI Refusal charge. However, there are effective ways to combat a charge of DUI Refusal. Typically, when a person is accused of refusing to submit to a blood or breath alcohol test, they are charged with driving under the influence of alcohol in violation of California Vehicle Code Section 23152(a) with the further allegation that they willfully refused a chemical test as required by Section 23612 of the California Vehicle Code. The following is a non-exhaustive list of the various legal defenses to DUI Refusal.

Lack of Probable Cause to Stop or Arrest

Under the Fourth Amendment to the U.S. Constitution, a person cannot be stopped or searched without proper legal cause. For the purposes of California DUI Refusal cases, this means that the arresting officer needs to have clear, articulable reasons for stopping a vehicle, for investigating someone for DUI, for arresting and detaining the suspect and for requiring a suspect to submit to a chemical test. The fact that the person stopped later refused a chemical test is rendered moot if the stop and/or arrest is found to be lacking in probable cause.

The method of challenging probable cause to stop or arrest a defendant is through a suppression hearing pursuant to California Penal Code Section 1538.5. If the stop or arrest is viewed to be flawed, the evidence gathered as a result of this arrest will be suppressed and the case will be dismissed.

For example, if the police officer lacked sufficient probable cause to justify stopping the vehicle or if there was no evidence that the driver was noticeably impaired, an arrest for DUI could be rendered unlawful. In this scenario, the entire case would be dismissed, including any allegations of refusing to submit to chemical testing.

Not Driving Under the Influence 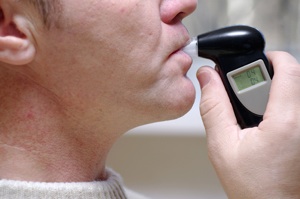 If a defendant is acquitted of the DUI charge under California Vehicle Code Section 23152(a), the refusal allegation would be rendered null and void. The allegation is not a separate offense and cannot stand on its own as a basis for criminal charges.

The law enforcement agency conducting the arrest is obligated to advise suspects of the consequences of refusing to submit to a chemical test. These consequences include the legal consequences of being charged criminally as well as the fact that refusal will result in the loss of driving privileges for a year or longer. This admonition is absolutely required and if the enforcement agency has failed to do this, the prosecution must dismiss any refusal allegation. In additional, the admonition must be given in a clear and unambiguous manner. Any ambiguities in the admonition could prove to be fatal to the prosecution's allegation of refusal. For example, warning a suspect that they "may" lose their license, instead of that they "will" lose their license, is considered to be ambiguous and thus fatal to a refusal allegation.

If a DUI suspect has a medical condition which prevents them from submitting to a test, a refusal allegation cannot be upheld against that suspect. However, it is important to remember that self-induced conditions, such as voluntary intoxication, do not qualify as an appropriate conditions when considering "incapacitation."

Because of the variety of defenses available to people accused of refusing to submit to a chemical test in violation of California Vehicle Code S 23152(a) and California Vehicle Code S 23612, it is crucial that you have an effective and knowledgeable DUI attorney representing you. Los Angeles DUI Defense Attorney Michael Kraut is a former deputy district attorney who will is skilled at mounting effective defenses to California DUI Refusal cases. His hard work on behalf of his clients has led to cases being thrown out or charges being significantly reduced.