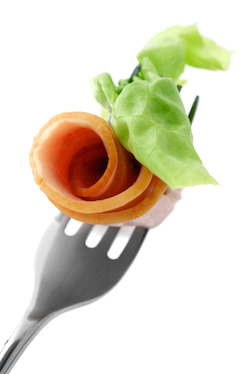 Many people engage in low carb, high proteins diets as a way to lose weight. However, many people on these types of diets do not realize that a low carb diet can lead to physical and physiological symptoms that often mimic those of being under the influence of alcohol. In some cases, a low carb diet can lead to elevated BAC readings on a breath testing device. This can result in drivers on low carb diets being arrested for and even charged with driving under the influence offenses.

Similar to drivers who suffer from diabetes, those who consume few or no carbohydrates as part of their diet will force their body to break down fats and other stored proteins for energy. When fats are broken down, the liver will produce ketones as a byproduct. Ketones have a molecular composition that is highly similar to that of isopropyl alcohol which can be confused as ethyl alcohol (alcohol that is consumed) by many breath testing devices. Ketones are produced in the liver and then excreted in the urine and breath. In addition to low carb diets, conditions such as diabetes, hypoglycemia and fasting can lead to increased ketone production which can subsequently cause DUI symptoms and can mislead breath testing devices.

When a person is producing a high level of ketones, a condition also known as “ketosis,” he or she may exhibit symptoms such as dehydration, poor coordination, a breath “sweetness” that can be mistaken for alcohol, sluggishness and a flushed face. These symptoms are also commonly associated with alcohol and drug intoxication. As a result, an officer who stops a driver may suspect that the driver has been drinking based on the presence of the symptoms listed above. However, these symptoms may be caused by ketosis and not alcohol consumption.

The driver may be asked to perform a series of field sobriety tests that are designed to measure driver coordination and balance. A driver who is suffering from ketosis or who is on a low carb diet may have difficulty successfully completing these tests which may lead the investigating officer to believe that the driver is under the influence. The driver may stumble during the walk and turn test or may have difficulty balancing during the one-leg stand test. The officer administering the test may interpret these actions as evidence that the driver is under the influence of alcohol, when in fact he or she is experience the side effects of a low carb diet.

In addition to low carb diets, ketosis can also occur in drivers who are anorexic or are fasting, those who have experienced excessive vomiting or diarrhea and have lost nutrients and other drivers who are not eating enough nutrients. Ketosis is also observed in those who engage in prolonged exercise as well as people on high-fat diets.

The excess ketones can also lead to elevated BAC readings on breath testing devices, as the ketones can be mistaken for alcohol on these machines. It may be necessary to obtain an expert witness who can explain the physiological effects of a low-carb diet as well as an expert who can discuss the molecular composition of ketones and their ability to “trick” breath testing devices.

If you have been arrested for DUI and believe your test results may have been affected by a low carb diet or other condition, it is critical that you contact a Los Angeles DUI Attorney immediately. Lawyer Michael Kraut is a former Deputy District Attorney with over 14 years of prosecutorial experience who possesses a thorough understanding of physiological defenses and is highly skilled at litigating these issues in court.