Los Angeles DUI and the 'No Driving' Defense 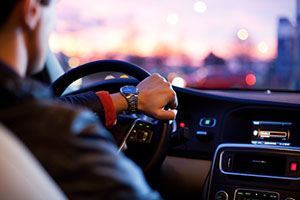 In some states, a person can be charged with a DUI offense if he or she is merely in physically control of a vehicle. This is not the case in California, which requires the prosecutor to prove that there was volitional movement and the vehicle was actually driven by the defendant. This means that an intoxicated person who is sitting in a parked car is not guilty of a DUI offense, unless there is other circumstantial evidence showing that the vehicle had recently been driven by the same person.

In some cases, there will be no direct evidence that a defendant was driving and the prosecutor would have to prove driving through circumstantial evidence. For example, there may be traffic collisions where a vehicle hit a parked car and the defendant is found passed out in the driver’s seat with no one else around. The prosecution could show how a combination of circumstances shows that that defendant was in fact driving a vehicle while he or she was under the influence of drugs or alcohol.

The defense may be able to challenge the conclusion that the defendant was driving while under the influence in a number of different ways. The defense may be able to show that another person was driving at the time an accident occurred. In many cases, a person in a vehicle may run away immediately after a collision. When this happens, the police may incorrectly conclude that a person at the scene or the vehicle’s registered owner was the driver, when this may not have been the case.

In addition, there may be cases where the driver is found intoxicated in a parked or stopped vehicle, however alcohol was consumed after the driver had stopped driving. While the driver may be guilty of drunk in public under California Penal Code Section 647(f) PC or an open container violation under California Vehicle Code Section 23222(a) VC, he or she may not be criminally liable for driving under the influence if the prosecution is unable to establish when the alcohol was actually consumed.

The “no driving” defense can be argued in a defendant’s criminal case as well as in the DMV administrative hearing. The DMV will not suspend someone’s license if it can be proved that the licensee did not have a BAC of 0.08 percent or higher at the time of driving.

If you have been charged with a DUI offense and want more information about the “no driving” defense, it is imperative that you discuss your case with a Los Angeles DUI Lawyer right away. Attorney Michael Kraut is a former Deputy District Attorney with over 14 years of prosecutorial experience who understands the DUI process and how to effectively defend those charged with DUI.