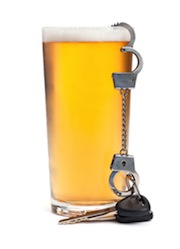 In the typical driving under the influence case in Los Angeles, a driver is ultimately charged with two different DUI offenses, driving under the influence in violation of California Vehicle Code Section 23152(a) VC and driving with a blood alcohol content of 0.08 percent or higher pursuant to California Vehicle Code Section 23152(b) VC. In prosecuting these cases, the People will often rely on the results of a breath or blood analysis to show intoxication under either theory. However, many studies regarding alcohol tolerance show that a person’s BAC may be an unreliable method of establishing intoxication.

Scientific studies consistently show a wide variation between levels of alcohol tolerance between different people. In one study, patients with a history of alcohol abuse were tested after drinking large quantities of alcohol. The study found that no correlation existed between the perceived level of intoxication and the test subject’s blood alcohol content. This is further seen in studies of chronic alcohol users who showed no signs of intoxication despite having BAC levels that would be considered lethal in others. Other studies have confirmed that a person’s blood alcohol content is not an accurate measure of intoxication due to variations in alcohol tolerance observed between different test subjects. This means that a blood or breath test that produces a specific number may seems objective, but really this number says very little about whether or not a person is actually intoxicated.

A person’s tolerance to alcohol can be affected by regular exposure to drinking as well as certain genetic components. There are instances where a person can appear significantly intoxicated but actually have a BAC that is below 0.08 percent.

Various studies have shown that those who are alcoholics or heavy drinkers will show more tolerance to the effects of alcohol. Many of these studies look at blood alcohol levels and the point at which a person is unable to maintain consciousness. In most cases, people with BACs of .30 or higher will begin to go into a comatose state and BACs in excess of .40 are considered fatal. However, in evaluating individuals who have a history or alcohol abuse, test subjects have been seen to maintain consciousness despite having BAC levels of .70 or higher in some cases.

These studies are important because they demonstrate that blood alcohol level is not necessarily an accurate way to determine someone’s degree of impairment. In many cases, the prosecutor may be pushing for enhanced DUI penalties due to the fact that the defendant had a BAC that was above .15 percent or even above .20 percent. This evidence may be used to rebut the presumption that a higher than usual BAC is indicative of greater impairment.

It is important to remember that California has adopted a “per se” DUI statute that would make a defendant criminally liable if his or her BAC is found to be 0.08 percent or higher at the time of testing. This means that a driver’s level of tolerance is often irrelevant when dealing with the “per se” statute, which only is concerned with the driver’s results on the breath or blood test. Of course, the test results can be challenged in a number of different ways and a prosecutor often must be able to point to other indicia of intoxication, such as driving conduct, performance on field sobriety tests and other factors in order to convict someone of a DUI offense. There are also many instances where a problem or malfunction with the testing device would require that the prosecutor be able to prove intoxication without a known blood alcohol level. In these cases, evidence of tolerance and other factors that may have affected the driver can be used to show that the driver may not have been impaired.

If you have been charged with a DUI offense, it is very important that you discuss your case with a Los Angeles DUI Lawyer as soon as possible. Los Angeles DUI Lawyer Michael Kraut is a former Deputy District Attorney who understands how to effectively defend those accused of driving under the influence, even where the driver had a high blood alcohol content.