DUI and the Statute of Limitations 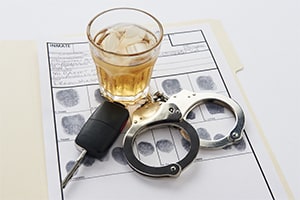 Why is There a Statute of Limitations?

The purpose of a statute of limitations is to protect defendants in criminal and civil cases. Courts and the common law have recognized that prosecutors and plaintiffs should pursue cases with a certain level of diligence and that a defendant is significantly disadvantaged when dealing with cases involving old allegations. Witnesses may no longer be available and there may be problems remembering the details of what happened.

The limitations period for various criminal offenses is included in the California Penal Code. Any charges filed after the limitations period has expired may be subject to dismissal or demurrer at the time of arraignment. There are many exceptions to the statute of limitations and litigating these issues can often be complicated.

What is the Statute of Limitations for a DUI Offense?

There are a number of factors that can affect the applicable statute of limitations on a DUI offense. Most first time DUI offenses are misdemeanors that are punishable by a maximum sentence of six months in jail. Under California Penal Code Section 802(a) PC, “prosecution for an offense not punishable by death or imprisonment in the state prison shall be commenced within one year after commission of the offense.” This means that there is a one year statute of limitations for most misdemeanor DUI offenses that begins to run on the date of the incident. If the prosecution fails to file a case within that year, they would be barred from proceeding with misdemeanor charges against the driver.

The one year limitation also applies to defendants who are charged with a second or third DUI, as these are also misdemeanor offenses. However, if the defendant is charged with committing his or her fourth DUI within a ten year period, the statute of limitations would be three years as this is a felony level DUI offense that is punishable by up to three years in prison.

Drivers who have been arrested for DUI Causing Injury in violation of California Vehicle Code Section 23153 VC will face a longer statute of limitations period. This offense is a “wobbler” that can be charged as either a felony or a misdemeanor. The law provides that “an offense is deemed punishable by the maximum punishment prescribed by statute for the offense, regardless of the punishment actually sought or imposed.” Because the maximum punishment on DUI causing injury is prison, there would be a three year statute of limitations applied to this offense.

When Does the Statute of Limitations Not Apply?

If you were arrested for a DUI offense and have questions about the statute of limitations, it is crucial that you discuss your case with a knowledgeable DUI lawyer as soon as possible. Michael Kraut is a former Deputy District Attorney with over 14 years of prosecutorial experience who understands this area of the law and works hard to make sure that every avenue of defense is explored when fighting a DUI case.