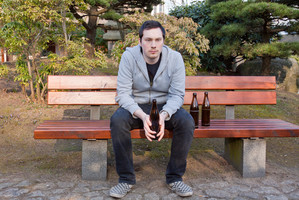 While it is legal for those over the age of 21 to consume alcohol, there are situations where excessive alcohol consumption can lead to misdemeanor charges. Under California Penal Code Section 647(f) PC, it is a misdemeanor offense to be drunk in public. This offense, also referred to as public intoxication, covers a variety of drunken behavior, from aggressively picking fights while in public to being passed out on a sidewalk.

To prove that a defendant was drunk in public pursuant to California Penal Code Section 647(f) PC, the prosecutor must be able to establish the following elements:

Public place is a place that is open and accessible to anyone who wishes to go there. The term “public place” has been broadly interpreted by courts, and even sitting in a parked car on a public seat can satisfy this element of the statute.

After a night of drinking at a bar with friends, a man becomes so intoxicated that he passes out on the sidewalk in front of the bar. Because he is passed out, pedestrians trying to use the sidewalk must walk around him into the street. The man could be charged with public intoxication under California Penal Code Section 647(f) PC as long as he voluntarily became intoxicated.

In another example, after spending the night consuming alcohol at a bar a man becomes very angry when the bar cuts him off and throws him out. The man becomes aggressive outside and tries to pick fights with random strangers on the sidewalk. This man could also be charged with drunk in public as a result of his conduct. In addition, he could be charged with disturbing the peace under California Penal Code Section 415 PC.

4. Defenses to Drunk in Public

If the conduct occurred in a home, hotel room or some other place that would not be considered a public place, the defendant would not be criminally liable under the drunk in public statute. However, as mentioned above, some seemingly private places, such as automobiles parked on public streets, are considered public places for purposes of the public intoxication statute.

In addition, there may be instances where a defendant was drugged or had something slipped into his drink that caused him to lose control of his faculties. Under these circumstances, the defendant would have a valid involuntary intoxication defense if charged with public intoxication.

Drunk in public under California Penal Code Section 647(f) PC is a misdemeanor offense that is punishable by up to six months in jail and a $1,000 court fine. If a defendant is convicted of three drunk in public violations within a 12-month period, he or she must be sentenced on the third offense to a minimum of 90 days in jail. Courts can suspend the jail sentence if the defendant enters a 60-day alcohol treatment center.

If you have been charged with being drunk in public, it is important that you speak with an experienced Los Angeles Criminal Defense Lawyer right away. Los Angeles Criminal Defense Attorney Michael Kraut is a former Deputy District Attorney with over 14 years of prosecutorial experience who knows how to effectively defend charges like this. Mr. Kraut understands the serious collateral consequences a public intoxication charge can carry and works hard to ensure the best outcome possible for his clients.