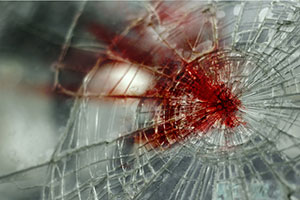 There are often situations in which a Los Angeles DUI offense results in an accident or collision that causes injuries to another party. In these cases, the driver may be charged with the more serious offense of driving under the influence causing injury pursuant to California Vehicle Code Section 23153(a) VC or driving with a 0.08 percent or higher blood alcohol content causing injury in violation of California Vehicle Code Section 23153(b) VC.

To prove that the defendant committed DUI with injury under California Vehicle Code Section 23153(a) VC, the following elements must be established:

To prove that the defendant was driving with a BAC of 0.08 or higher and caused an injury under California Vehicle Code Section 23153(b) VC, a prosecutor must be able to prove the following elements:

A man is driving home after a night of drinking at a bar and has a blood alcohol content in excess of 0.08 percent. On his way home, another driver runs a red light and slams into the man's car. The other driver suffers injuries due to the collision. The man could be charged with DUI, but not DUI causing injury, as he did not commit an illegal act that resulted in injury. Being intoxicated is not, in itself, enough to violate the DUI with injury statute. However, if it was the intoxicated man who ran the red light and caused the accident, then he could be charged with DUI with injury.

As mentioned above, if the driver did not cause the accident or collision, he or she could not be prosecuted for DUI causing injury. There must be a link between the driver's illegal act or neglect of a lawful duty and the resulting injury.

In addition, an effective Los Angeles DUI attorney can challenge the results of chemical testing or fight the allegation that a driver was under the influence where numerous other factors may be present that could have affected his or her driving ability.

DUI causing injury in Los Angeles is a "wobbler" offense that can be charged as either a felony or a misdemeanor in most cases. For most first time offenders or those who have only one prior DUI-related conviction within the past ten years, DUI causing injury would typically be charged as a misdemeanor and can be punishable by up to five years of probation, up to a year in jail, expensive court fines, victim restitution, a three, six, nine, eighteen or thirty month DUI class, and a driver's license suspension imposed by the DMV. Unlike standard DUI charges, if the defendant has two DUI-related convictions within the last ten years, a DUI causing injury charge is an automatic felony. If convicted of the felony offense, a defendant can be sentenced to up to four years in prison with an additional three to six years if any victim suffered great bodily injury.

If you have been charged with a DUI offense in Los Angeles that resulted in injuries to another person, it is crucial that you speak with an experienced Los Angeles DUI Attorney right away. Los Angeles DUI Attorney Michael Kraut is a former Deputy District Attorney who knows how to effectively fight DUI with injury cases. Mr. Kraut investigates and evaluates all aspects of these cases in order to present the best defense possible on behalf of his clients.