Choosing a Chemical Test During a DUI Investigation 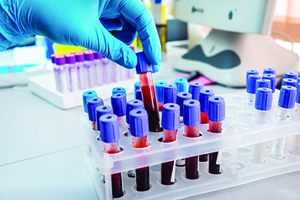 When a driver in California is arrested on suspicion of driving under the influence, he or she will be given the option of taking either a breath or blood test. If the officer suspects that the driver is under the influence of drugs, the driver may only be given the option of taking a blood test, as there is currently no breath test that can measure for drugs. People often want to know what test to choose if arrested for DUI or whether they should refuse testing. Both tests have advantages and disadvantages and the “right” test to take depends on a number of factors.

What Testing is Optional and What is Required?

During a DUI investigation, the officer will generally ask if the driver is willing to test on his or her portable Preliminary Alcohol Sensor (“PAS”) device. For most drivers, this test is voluntary. For drivers who are under the age of 21 and those who are on probation for a DUI offense, the PAS test is mandatory and failure to take the test can result in criminal charges or a probation violation. A driver who has been drinking alcohol may choose to refuse the PAS test, as this would only provide evidence of intoxication to the officer and can be used to justify a DUI arrest. Even if the driver refuses the PAS test, the officer may still arrest him or her if there was other evidence of impaired driving, such as the driving conduct or the driver’s performance during field sobriety testing.

Once a driver has been arrested, he or she will be given the option of taking a breath or blood test. This test is not optional and refusal will result in an automatic yearlong driver’s license suspension during which the driver would be ineligible for a restricted license. The driver can also still be charged criminally with DUI under California Vehicle Code Section 23152(a) VC as well as a refusal allegation which requires mandatory jail time.

When to Take the Breathalyzer Test?

Drivers should keep in mind that the Breathalyzer test is less invasive and is typically administered shortly after a driver has been arrested and taken to the police station. Drivers who have just consumed alcohol and are experiencing a rising blood alcohol level may prefer the breath test, as any delay in testing may result in an elevated BAC result. In addition the Breathalyzer only measures for alcohol and not drugs. Because of this, drivers who have been using drugs may want to select the breath test over the blood test. If the police suspect drug use, they may require that the driver take a blood test.

When to Select the Blood Test?

Police often encourage drivers to choose the breath test because it is easier to administer and can be performed at the police station. The blood test is typically performed at a hospital or laboratory and the suspect must be transported to an offsite location. Because of the delay, drivers who have not been drinking recently may consider taking the blood test. The driver’s BAC may fall below the 0.08 percent threshold by the time that testing is conducted.

If you or a loved one have been arrested for DUI, it is critical that you discuss your case with a knowledgeable and experienced DUI lawyer as soon as possible. As a former Deputy District Attorney with over 14 years of prosecutorial experience, Michael Kraut understands how best to defend clients charged with DUI. Mr. Kraut works closely with the top experts on breath and blood testing and knows how to effectively attack the results of either test in court or before the DMV.