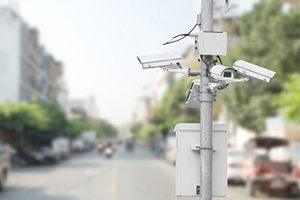 Increasingly, law enforcement agencies have equipped their vehicles wish dash cam devices and provided body-worn cameras to officers after great public outcry. As a result, a defendant charged with DUI now may be able to obtain various forms of video evidence. Video evidence can both help and hurt a defendant’s case, depending on what the video show.

What Type of Video Evidence is Available?

In a DUI case, there may be a number of different sources of video evidence. Many law enforcement agencies have equipped their patrol vehicles with dash cam devices that are designed to record traffic stops and the driving conduct leading up to the stop. This is often critical evidence in a DUI case as the officer must have reasonable or probable cause to believe that a driver has violated the law before the officer can initiate a traffic stop. The dash cam video can also show the officer’s interaction with the driver and the driver’s performance on the field sobriety tests.

More recently, agencies have incorporated body-worn cameras on officers in the field. These devices are attached to a driver’s uniform and can record interactions with the public. In DUI cases, these cameras can provide important evidence regarding the initial interaction with the driver and can verify the officer’s observations of symptoms of intoxication. Body-worn camera video evidence can also provide footage of field sobriety testing.

Increasingly, private businesses may retain surveillance footage that may prove to be critical in a DUI case. This footage may need to be subpoenaed by the defense if it is not available or was not obtained by the police during their initial investigation.

When Is Video Evidence Available?

If the defense needs to obtain video evidence not in the possession of the police or prosecution, such as private surveillance footage, the defense can issue a subpoena duces tecum on the owner of the video in order to have it produced in court.

Video evidence may be helpful or detrimental to the defendant’s case. The video evidence may accurately support or officer’s contentions regarding the defendant’s driving conduct, demeanor, appearance and performance on the field sobriety tests. In other cases, the evidence may show that the officer did not have sufficient reasonable or probable cause to pull over the defendant’s vehicle. In these cases, the defense files a motion to suppress pursuant to California Penal Code Section 1538.5 PC. At the motion hearing, the defendant’s attorney is given an opportunity to question the officer regarding the vehicle stop and can play the dash cam or other video in court for the judge to see. If the Judge determines that there was insufficient reasonable or probable cause to justify the vehicle stop, the defendant’s motion will be granted and all resulting DUI evidence will be suppressed. When this occurs, the prosecution is typically unable to proceed and will dismiss the charges.

If you have been arrested for a DUI offense, it is imperative that you consult with an experienced DUI attorney as soon as possible. As a former Deputy District Attorney with over 14 years of prosecutorial experience, Michael Kraut is highly recognized as a top-rated DUI attorney who fights hard on behalf of his clients.