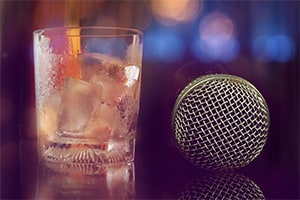 When defending a DUI case, it is often critically important to obtain and evaluate all available evidence. Increasingly, law enforcement agencies will record encounters with the public through various means. Audio recordings can be crucial in defending DUI cases and may provide critical exonerating evidence.

What Audio Evidence is Available?

The available audio evidence in a DUI case will depend on the law enforcement agency involved in the arrest and the facts of the case. Audio evidence typically will not be included in the initial discovery packet that is provided to defense counsel at the defendant’s arraignment. The defense may have to specifically request these items from the prosecution, and it may take time for them to be made available.

If the defendant was involved in a DUI collision or if a third party witness called 911 to report the defendant’s driving conduct, there would be 911 recordings that would be available. When police communicate with other patrol units or with their dispatcher, these communications are also recorded and can be provided to the defense. Additionally, many conversations with a DUI suspect will be recorded, including the officer’s recitation of the chemical test admonition.

How Can Audio Recordings Be Used to Fight a DUI Case?

Audio evidence may be critical in defending a DUI case. If the defendant is accused of being involved in a DUI collision, the 911 recordings can provide critical evidence of what occurred. The witness’s account of the events may contradict the conclusions made by law enforcement during an accident investigation. In some cases, the defendant may not have been the driver of the vehicle and 911 recordings can show that someone else was driving the vehicle at the time a collision occurred.

The dispatch recordings can also be very important to the defense. The officer’s comments to the dispatcher or to other patrol units may contradict what is written in the police report and can be used to discredit the officer.

In California, all drivers suspected of driving under the influence must submit to chemical testing when lawfully arrested. Refusing to comply with chemical testing can result DUI charges with a refusal allegation that adds mandatory jail time as well as a yearlong driver’s license suspension during which the driver would not be eligible for a restricted driver’s license.

The law requires that a driver be fully informed of the consequences of a DUI refusal and that he or she be given every opportunity to agree to chemical testing. If the police officer fails to provide a suitable refusal admonition or does not offer an alternate form of testing once one is refused, this may invalidate any subsequent refusal in court and with the DMV. In many cases, these conversations are audio recorded and it is possible to challenge the officer regarding the refusal admonishment and whether or not it was properly provided. Audio recordings may also be used to contradict an officer’s account of whether or not a driver actually refused testing.

If you or a loved one have been charged with a DUI offense, it is critical that you discuss your situation with a skilled DUI attorney as soon as possible. As a former Deputy District Attorney with over 14 years of prosecutorial experience, Michael Kraut works hard on behalf of his clients to ensure every area of defense is explored.