When is Chemical Testing Conducted in a DUI Case? 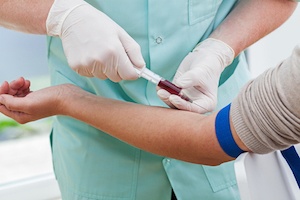 When a driver is arrested for DUI, he or she will be read a refusal admonition and will be given the option of taking either a breath test or a blood test. The police may encourage the driver to choose the breath test. This is because the breath test is easier to conduct, as the Breathalyzer machine is often located at the police station and a test can be completed within minutes. The blood test is usually conducted at a hospital or laboratory and the suspect would have to be transported to this location by an officer. The test must be conducted by a qualified medical professional and it may be necessary to wait until one is available.

It is illegal to drive while under the influence of drugs or alcohol or with a BAC of 0.08 percent or higher. Because testing is conducted after a driving has occurred, the effects of alcohol metabolism may affect the testing results. After consuming alcohol, a person’s BAC will steadily rise during the absorption phase, level off and then fall during the elimination phase.

If the driver had not recently consumed alcohol and was going through the elimination phase at the time of driving, his or her BAC will steadily fall and may be under 0.08 percent by the time chemical testing is conducted. Because of this, the police will not waste time in conducting chemical testing. Officers will also ask the defendant to provide a breath sample on the portable preliminary alcohol sensor (“PAS”) device while in the field. This can be used as evidence of a falling blood alcohol level if the driver later has BAC results under 0.08 percent.

If the driver is in the absorption phase, any delay in testing may result in BAC results that are higher than the driver’s actual BAC at the time of driving. The defendant’s attorney may be able to argue that the defendant’s BAC was actually under 0.08 percent at the time of driving but only tested higher due to a rising blood alcohol level. It may be necessary to use a toxicology expert to explain this phenomenon and show how the defendant did not drive with a BAC in excess of the legal limit.

Testing Time Limits and the DMV

If you have been arrested for DUI, it is critical that you speak with an experienced DUI lawyer right away. As a former Deputy District Attorney with over 14 years of prosecutorial experience, Michael Kraut is highly effective at fighting DUI charges both in court and before the DMV.