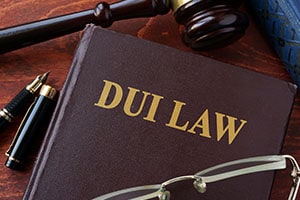 Under California’s implied consent laws, any driver who is lawfully arrested on suspicion of DUI is required to submit to chemical testing when requested by a law enforcement officer. A driver who refuses testing will face a yearlong driver’s license suspension and can still be charged with DUI along with a refusal allegation. There are many ways to fight a DUI refusal case and it is imperative that you discuss your case with a qualified DUI attorney if you have been accused of DUI refusal.

Before a DUI arrest will be deemed a refusal, there are certain requirements that law enforcement must follow. The driver must be read a refusal admonishment informing the driver of his or her obligation to submit to chemical testing. The driver must be informed that test refusal will result in criminal charges as well as a driver’s license suspension. If the officer does not properly communicate this to the driver, any subsequent test refusal may deemed invalid in court.

The officer must also inform the driver of his or her testing options and must give the driver a chance to refuse each approved form of testing. Many law enforcement officers discourage drivers from taking a blood test, as it requires transporting the driver to a hospital or other facility and is more time intensive. However, the driver must refuse both the breath test and the blood test for a refusal to be legally valid.

In addition, there may be physical conditions that limit a driver’s ability to understand or comply with the testing requirement. This is often the case where drivers have been involved in a traffic collision and may be suffering the effects of a concussion or other physical impairment.

Refusals in the DMV Hearing

Drivers who refuse testing will face a yearlong suspension of their driving privileges during which they would not be eligible for a restricted license. This suspension is automatically imposed unless the driver proactively requests an administrative hearing within 10 days of his or her arrest. The administrative per se hearing is held by a DMV hearing officer who is neither a judge nor an attorney. The driver is allowed to be represented by counsel during this hearing, which is highly recommended.

In many DUI refusal hearings, the hearing officer will call the arresting officer as a witness to testify about the driver’s refusal. The driver’s attorney would be given an opportunity to cross-examine the officer. If the officer did not comply with Title 17 admonishment requirements or if there was no reasonable or probable cause to stop the driver’s vehicle or arrest the driver, the DMV will issue a “set aside” order that will effectively dismiss the driver’s license suspension. If the defendant is convicted of the underlying DUI in court, his or her driving privileges may still be suspended, however the suspension period would be shorter and the driver would be able to get a restricted license

Refusals in the Court Case

If the driver refused testing, the prosecutor can still file DUI charges under California Vehicle Code Section 23152(a) VC as well as a refusal allegation. The refusal will add a minimum of 48 hours in jail to any underlying DUI sentence. The prosecutor may be willing to drop the refusal allegation as part of a plea agreement or the defense may be able to show how a valid DUI refusal did not occur.

If you have been arrested for DUI and there is a refusal allegation, it is critical that you review your case with an experienced DUI attorney right away. Michael Kraut is a former Deputy District Attorney with over 14 years of prosecutorial experience who is recognized for his expertise in DUI law and works hard to ensure his clients receive the most comprehensive defense possible.