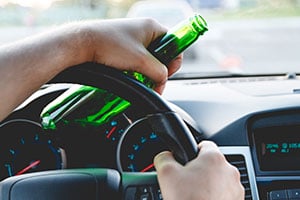 When a driver is arrested for DUI he or she is typically given a citation regarding his or her upcoming arraignment as well as notice of an impending administrative driver’s license suspension set to begin 30 days after the arrest date. While drivers who are under the influence of drugs or alcohol can both be charged with a DUI offense under California Vehicle Code Section 23152 VC, the DMV treats offenses involving drugs differently than those involving alcohol.

When a driver is suspected of driving under the influence of drugs, the arresting officer will require that he or she provide a blood sample, as there is no breath test that can measure for drug use or intoxication. The blood test results take several weeks to come in and the officer will typically cite the defendant for DUI drugs in violation of California Vehicle Code Section 23152(f) VC.

Typically, the arresting officer may notify the driver of an upcoming suspension even where no alcohol use is suspected. The suspension would automatically go into effect unless the driver or his or her attorney formally requests an administrative hearing to challenge the suspension and a stay of suspension while the hearing is pending. Typically, once the blood results come in and the assigned DMV hearing officer sees that the driver did not have a BAC of 0.08 percent or higher, the suspension will be set aside and the driver’s license will be reinstated.

Because Los Angeles County is part of the DMV’s Ignition Interlock Device (“IID”) Pilot Program, the defendant would be required to have an IID device installed into his or her vehicle in order to have his or her driving privileges reinstated. This device is designed to prevent drivers from starting or driving their vehicles if under the influence of alcohol by requiring periodic breath tests. Even if the defendant had no alcohol in his or her system, he or she would be required to have an IID for at least five months.

If you have been arrested for DUI drugs, it is critical that you meet with an experienced DUI attorney right away. As a former Deputy District Attorney with over 14 years of prosecutorial experience, Michael Kraut fights hard on behalf of his clients both in Court and before the DMV.