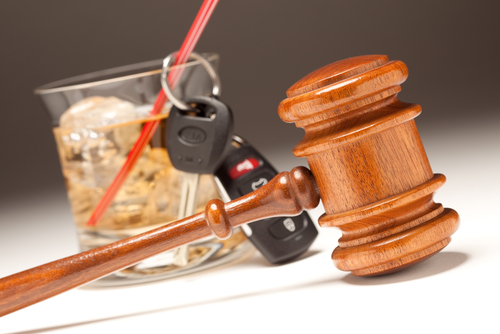 Drivers who are convicted of driving under the influence offenses will experience a number of consequences as a result of the conviction. These consequences can be both direct and collateral, meaning that the conviction will trigger automatic penalties as well as hidden effects that the DUI defendant may not realize. One of these unexpected consequences is that the California Department of Motor Vehicles will assess two points to the defendant’s driving records upon conviction of DUI. In some cases, this may trigger a license suspension wholly separate from any administrative or court suspension.

The California DMV assesses points to a driver’s record if they are convicted of certain traffic offenses and in other circumstances. If a driver accumulates too many points in a given time period, he or she can be deemed a negligent operator and can have his or her driving privileges suspended or revoked.

The DMV will potentially suspend someone’s driver’s license when he or she accumulates four points in a year, six points in a two year period or eight points over three years. Points can be assessed for a number of reasons. Typically, defendants who are convicted of moving traffic infractions will be assessed one point as a result of that conviction. This includes basic traffic infractions such as speeding, running stop signs or red lights or illegal lane changes.

These types of infractions are handled differently than misdemeanor criminal offenses such as driving under the influence. In DUI cases, a prosecutor will file charges after reviewing the case file and incident reports. The case will proceed in court and a prosecutor will be present for all proceedings and will have input in potentially resolving the case. Convictions for misdemeanors are included on a defendant’s criminal record.

Infractions are typically much less formal. The driver will be provided a citation and will be responsible for scheduling an arraignment in court. The case may be assigned to a judge or commissioner of the court or may alternatively be handled by a judge pro tem, Judge pro tems are attorneys who are allowed to hear infraction offenses as long as the defendant consents. At the defendant’s infraction arraignment, he or she will be given the opportunity to plead to the ticket or to set a trial date. If the driver elects to go to trial, the officer who wrote the ticket will be expected to show up at the trial date. Typically, prosecuting attorneys are not involved in the ticket trial.

For most moving offenses, a driver would be eligible for traffic school every 18 months. If the driver successfully completes traffic school, no point will be assessed on the driver’s record.

Drivers who are convicted of DUI in court will be assessed two DMV points. This is also true for drivers who are plead to reduced DUI charges such as wet reckless in violation of California Vehicle Code Section 23103/23103.5 VC and exhibition of speed in violation of California Vehicle Code Section 23109(c) VC. If the driver already has two points on his or her record, a DUI conviction can lead to a suspension. If the DMV attempts to suspend driving privileges, the driver is entitled to contest the suspension and may be placed on probation or be granted a restricted license.

If you have been charged with a DUI offense, it is imperative that you meet with a Los Angeles DUI Lawyer right away. As a former Deputy District Attorney with over 14 years of prosecutorial experience, Attorney Michael Kraut recognizes the numerous collateral consequences that conviction may carry and works hard to ensure his clients receive the most thorough defense possible.