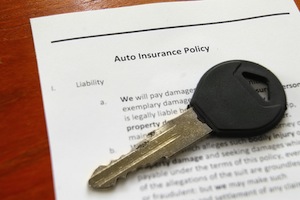 For drivers who have been convicted of driving under the influence or who have had their driving privileges suspended following a DMV administrative hearing, it will be necessary to obtain SR22 coverage before driving privileges can be restored. Many drivers want to know what SR22 coverage is and what exactly is required. This supplemental insurance can be confusing, but it is important for drivers to understand exactly what is required of them.

The SR22 is a certificate that is filed with the DMV verifying that the driver is in compliance with his or her auto insurance coverage requirements. An SR-22 must be filed anytime a driver has his or her driving privileges suspended or revoked. While the SR22 is often associated with DUI suspensions, this actually applies to any suspension that may be issued.

A driver will typically first learn of the SR22 requirement when he or she goes to the DMV to apply for a restricted license or license reinstatement after a license suspension. First time DUI offenders who did not refuse testing and who were 21 or older at the time of the offense would face a four month administrative suspension, but would be eligible for a restricted license after a 30 day hard suspension during which no driving is allowed.

In order to get a restricted license, the driver would have to enroll in an alcohol education program, pay a reinstatement fee and file an SR22 with the DMV. The SR22 is filed automatically when the driver purchases this policy. Drivers who have been convicted of DUI in Los Angeles County would have to have an Ignition Interlock Device (“IID”) installed in their vehicle in order to qualify for a restricted license. This is because Los Angeles is one of four counties participating in the DMV’s IID Pilot Program.

The driver would be required to have the SR22 on file with the DMV for a period of three years. If the SR22 is cancelled, the DMV will receive a cancellation notice and will suspend driving privileges until a new SR22 is on file.

SR22 coverage is widely available and offered by most major auto insurers. Some drivers choose to purchase SR22 coverage from a different insurer than their current insurer which is allowed. SR22 costs vary between insurers; however a driver can expect to pay between $300 and $800 for SR22 coverage. Like car insurance, the SR22 policy price depends on a number of factors that are taken into account. The insurer will also charge a fee to file the certificate with the DMV. This is usually between $25 and $50.

Most states require an SR22 filing, although there are a few that do not. Every state may have different SR22 filing requirements and anyone moving to another state may have to obtain a new SR22 policy in that state and ensure that it is properly filed.

Those who do not intend on driving after a DUI are not required to get an SR22. For those who intend on driving but do not own or have immediate access to a car, it would be necessary to obtain non-owner’s SR22 coverage that would permit driving in a vehicle owned by someone else.

If you have been arrested for DUI and are curious about the SR22 requirement, it is imperative that you discuss your situation with a Los Angeles DUI Lawyer right away. As a former Deputy District Attorney with over 14 years of prosecutorial experience, I Lawyer Michael Kraut is highly skilled at helping his clients deal with various license issues as they arise.