Home
Los Angeles DUI Center
DUI DMV
What Does the DMV Have to Prove in the Administrative Per Se Hearing?

What Does the DMV Have to Prove in the Administrative Per Se Hearing? 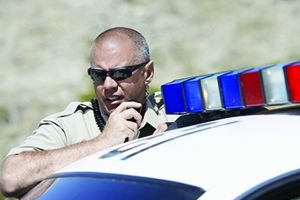 Whenever a driver is arrested on suspicion of driving under the influence, the arrest will be communicated to the California Department of Motor Vehicles who will automatically suspend the arrestee’s driving privileges. In order to contest the suspension, the driver must request an Administrative Per Se (“APS”) hearing within ten days of the arrest. The APS hearing is very different from the case that would proceed in criminal court and a defendant does not have the same rights as he or she would have in criminal court. Our DUI attorney in Los Angeles understands the APS process and how best to challenge a potential driver’s license suspension.

How Does an APS Hearing Differ from a Criminal Trial?

While both APS hearings and criminal cases are expected to follow certain procedures to ensure fairness to the driver and/or defendant, these processes are very different. In a criminal case, the defendant is entitled to counsel and a prosecutor would file charges. Both the prosecutor and judge have graduated from law school and have passed the bar at some point in their career. The burden is on the prosecution to prove the defendant’s guilt beyond a reasonable doubt. Ultimately, an impartial judge or jury would determine whether or not the prosecution has met its burden.

In the APS hearing, there is no prosecutor and no judge and the defendant does not have a right to counsel. The driver can be represented by his or her attorney at the hearing and this is highly recommended as these hearings require a comprehensive knowledge of DUI law and procedure in order to ensure that the driver’s rights are safeguarded.

The case will be assigned to a hearing officer who is a DMV employee and who is not a licensed attorney or judge. The hearing officer is responsible for introducing the evidence against the driver and ultimately determines whether or not the license suspension should be reinstated or set aside.

The DMV hearing is more informal than court and the strict rules of evidence that govern criminal trials are relaxed. The APS hearing can rely on hearsay evidence from police officers and often use the police reports that are prepared and submitted. The defense is entitled to discovery and the DMV will generally send a copy of the DS-367 form, the incident reports, the results of chemical testing and the driving record to the defense prior to the hearing. The hearing can be held in person at one of several local DMV Driver’s Safety Offices or it can be held telephonically.

What Happens in the APS Hearing

If you or a loved one have been arrested for DUI and have been given notice of an impending driver’s license suspension, it is critical that you meet with a qualified DUI lawyer right away as there is a very limited amount of time in which an APS hearing can be requested. Michael Kraut is a former Deputy District Attorney with over 14 years of prosecutorial experience who works hard to ensure his clients receive the best representation possible in court and before the DMV.