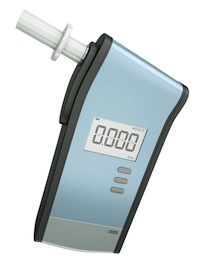 Upon being convicted of a Beverly Hills DUI offense, one of the many consequences of conviction requires mandatory installation of a Ignition Interlock Device (“IID”) by order of the California Department of Motor Vehicles as part of the DMV Pilot Program.

An IID works by monitoring the blood alcohol content of any driver attempting to activate or drive a vehicle. The automobile will become inoperable if the device detects the presence of alcohol in the person starting the car. The device is approximately the size of a smartphone and attaches to a car’s steering column. The device is equipped with a mouthpiece into which the vehicle’s operator would need to breathe to start the car. Once the vehicle is in motion, the device will periodically require the driver to breathe into it to ensure that the driver is not consuming alcohol.

The IID needs to be taken in for regular maintenance and calibration. At this time, the IID log will be reviewed to determine if there were any positive alcohol readings. This log can potentially be sent to the Department of Motor Vehicles or to the sentencing court, which could subsequently revoke the driver’s probation and issue a bench warrant.

The DMV pilot program, which requires mandatory installation of an IID, applies to those defendants convicted of DUI in either Los Angeles, Tulare, Alameda or Sacramento Counties. The offense must have taken place between July 1, 2010 and December 31, 2015. For first time offenders, conviction of a DUI crime requires that the defendant maintain an IID in his or her vehicles for at least five months. This requirement applies to defendants convicted of Beverly Hills DUI offenses, as Beverly Hills is located in Los Angeles County.

After a judge has sentenced a defendant on a Beverly Hills DUI offense, the court will alert the Department of Motor Vehicles of the conviction. The DMV will notify the driver that his or her license has been suspended as a result of the court conviction. This notice will contain information about the IID requirement to those defendants falling under the Pilot Program.

An IID only works in cars and cannot be installed into a motorcycle. The driver may be eligible for a few narrow exemptions to the IID requirement. If the driver is a resident of another state, he or she may be able to avoid an IID requirement if they sign an affidavit of out-of-state residency and provide proof of this residency. Drivers who do not own a vehicle can also receive an exemption from mandatory IID installation. However, these drivers would be ineligible for restoration of their driving privileges unless and until they have satisfied the IID requirement.

IIDs may also be required as part of a defendant’s DUI sentence regardless of the Pilot Program. Many judges and prosecutors have embraced this technology as an effective way to keep DUI drivers from reoffending and have made mandatory IID installation a condition of probation.

For defendants convicted of a second (or subsequent) DUI offense in Beverly Hills, the DMV suspension is typically at least a year. In the past, a driver could not qualify for a restricted license during this suspension period. However, the DMV now allows drivers to get a restricted license after a 90 day “hard” suspension on a second DUI offense upon installation of an IID. This provision would not apply if the driver refused chemical testing on the second offense or if the driver was on probation for an earlier DUI when he or she picked up the new DUI.

If you have been charged with driving under the influence in Beverly Hills, it is imperative that you discuss your situation with a Beverly Hills DUI Lawyer immediately. As a former Deputy District Attorney with over 14 years of prosecutorial experience, Beverly Hills DUI Attorney Michael Kraut knows how to effectively fight DUI allegations and is highly knowledgeable about all potential collateral consequences that a DUI conviction can trigger.