Beverly Hills DUI With Child In The Vehicle 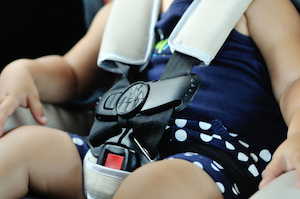 Several aggravating factors can increase the punishments assessed on a Beverly Hills DUI conviction. These penalty enhancements can tack on additional jail time to whatever penalty is imposed for the underlying DUI crime. One penalty enhancement enacted by the legislature is the enhancement for having a minor child in the vehicle at the time of the DUI incident pursuant to California Vehicle Code Section 23572 VC. Those convicted of a Beverly Hills DUI offense who are also found to have had a minor in their vehicle may face extensive jail sentences. Prosecutors may also charge these drivers with child endangerment in violation of California Penal Code Section 273(a) PC.

Under California Vehicle Code Section 23572 VC, additional jail time will be imposed if the following elements are present:

Only a Beverly Hills DUI conviction can trigger additional liability for having a child in the vehicle. If the defendant was initially charged with DUI but pleaded to a lesser charge such as exhibition of speed per California Vehicle Code Section 23109(c) VC or wet reckless in violation of California Vehicle Code Section 23103/23103.5 VC the penalty enhancement would be inapplicable.

Those who are convicted of a Beverly Hills DUI offense and who also are found to be in violation of California Vehicle Code Section 23572 VC will have the following penalties added to their sentences:

When the facts of the case are particularly egregious, the Beverly Hills DUI driver may be charged with child endangerment in violation of California Penal Code Section 273(a) PC. This offense is a potential felony that can be charged when the minor involved is under the age of 18. With the California Vehicle Code Section 23572 VC penalty enhancement, the minor must be under 14.

Child endangerment under California Penal Code Section 273(a) PC is a “wobbler” that can be charged by prosecutors as either a felony or a misdemeanor. When making a filing decision, the prosecutor and/or investigator assigned to the case will consider the severity of the defendant’s impaired driving conduct and the criminal history of the defendant, among other factors. If filed as a misdemeanor, a defendant can be sent to jail for a maximum of six months. If felony charges are filed, the defendant can be sentenced to serve up to four years in prison. When a Beverly Hills DUI driver is caught with a minor in the vehicle at the time of arrest, child endangerment charges will usually only be filed in the most egregious cases. This would include where the defendant’s BAC was particularly high, where the driving conduct was unusually dangerous or where the driver has multiple prior DUI convictions. If the driver is charged with child endangerment, he or she can also be prosecuted for the DUI offense. However, if convicted of both offenses, the California Vehicle Code Section 23572 VC enhancement would be inapplicable.

If you have been arrested for DUI and it is further alleged that there was a child in the vehicle, it is critical that you discuss your situation with a knowledgeable and experienced Beverly Hills DUI Attorney right away. As a former Deputy District Attorney with over 14 years of prosecutorial experience, Beverly Hills DUI Lawyer Michael Kraut is a highly skilled litigator who knows how best to fight DUI allegations.

For more information about the Beverly Hills DUI with a child in the vehicle enhancement, and to schedule your free consultation, contact Beverly Hills DUI Attorney Michael Kraut at the Kraut Law Group located at 8484 Wilshire Boulevard, Suite 660B, Beverly Hills, CA 90211-3220. Mr. Kraut can be reached 24/7 at 310-550-6935.