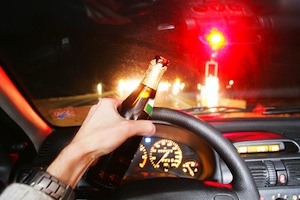 Before the emergence of Beverly Hills DUI checkpoints, law enforcement officers in the area had to have probable cause to believe that a driver was committing some violation of the California Vehicle Code or California Penal Code before they could justify stopping that vehicle. This usually meant traffic or equipment violations observed by an officer on patrol.

Someone driving into a Beverly Hills DUI checkpoint will usually be stopped briefly by a uniformed law enforcement officer. This officer will engage the driver in conversation to determine if any of the indicia of intoxication, such as smell of alcohol or bloodshot, watery eyes, are present. The officer will also quickly scan the automobile for items such as open bottles of alcohol or drug paraphernalia.

The California Supreme Court has established very strict rules that must be followed for a Beverly Hills DUI checkpoint to be Constitutionally valid.

A Beverly Hills DUI checkpoint must be held in a location considered "reasonable." This means that the location and time must be consistent with prior occurrences of DUI incidents in the past. This also means that checkpoints must be conducted in a way that in no way endangers officers or the general public.

Beverly Hills DUI checkpoints must also be "visible." This means that the checkpoint must be clearly visible on the public road and marked with items such as flashing lights, floodlamps, patrol cars and the presence of uniformed officers. The visibility requirement also means that a checkpoint must be publicized in advance, usually through advertising in local media and law enforcement websites.

People may be surprised to learn that it is technically not against the law to avoid a Beverly Hills DUI checkpoint once spotted. However, it is important to remember that numerous officers are stationed at the perimeter of the checkpoints, and avoiding the checkpoint usually requires a driver to violate some rule of traffic, such as making an illegal U-turn. As a result, automobiles seen trying to turn around to avoid a Beverly Hills DUI checkpoint are often closely watched and usually stopped for some other violation of the law.

Beverly Hills DUI Checkpoint Attorney Michael Kraut is highly skilled at defending DUI charges arising from Beverly Hills DUI checkpoints. As a former Deputy District Attorney with over 14 years of prosecutorial experience, Mr. Kraut is highly respected by law enforcement and prosecutors and possesses a unique skillset that allows him to provide his clients with the best representation possible. Mr. Kraut has taught law enforcement criminal law and procedure in the area of DUI checkpoints and has unique knowledge in this area of the law.