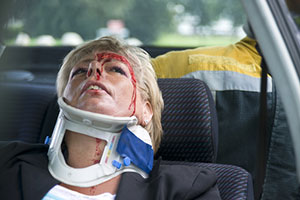 Those facing charges of Beverly Hills DUI with Injury should expect stiffer penalties than what is typically assessed for standard DUI charges. Under California Vehicle Code Section 23153, Beverly Hills DUI with Injury is a “wobbler” that can be prosecuted as either a felony or misdemeanor, depending on the factual circumstances and criminal history of the defendant. Beverly Hills DUI Penalties are much harsher for DUI incidents that result in injuries. The prosecutor can file either Vehicle Code Section 23153(a) or Vehicle Code 23153(b). In most cases the prosecution will file both charges. It does not matter of the injury is only slight. Any injury at all will qualify under either of these sections.

Driving under the Influence of Alcohol or drugs that cases an injury in Beverly Hills has become a top priority for the prosecution by law enforcement. The drugs can either be lawful prescriptions or illegal narcotics.

The sentence for Beverly Hills DUI with Injury includes prison time, mandatory DUI classes, costly court fines and fees, restitution to any victim, revocation or suspension of driver’s license, as well as other collateral consequences such as increases in insurance premiums, loss of professional licenses and loss of employment. Professional licenses include Registered Nurses with a DUI, Physicians with a DUI, Attorneys with a DUI or any other person with a State or Federal license who is arrested for driving under the influence of drugs or alcohol.

There are effective defenses that may be raised in Beverly Hills DUI with Injury cases. Someone who was merely driving under the influence and incidentally was involved in a traffic collision is not necessarily guilty of Beverly Hills DUI with Injury. The State must additionally prove that a defendant was under the influence at the time of the collision and then violated a traffic law or drove in a negligent fashion; and that this act or omission proximately caused the accident and injury.

Therefore, if a DUI driver did not cause the accident (i.e. the other party ran a red light or otherwise drove negligently), Beverly Hills DUI with Injury charges would be improper to file (although standard DUI charges can still be properly filed).

The enhancement for Great Bodily Injury adds an extra three years to any prison sentence. If the injured victim becomes comatose, an additional five years in custody can be added. For Beverly Hills DUI with Injury allegations in which there is a “serious” injury, a sentence of up to eight years in prison may be imposed. If the victim succumbs to his or her injuries and dies, DUI Manslaughter and even DUI Murder are possible.