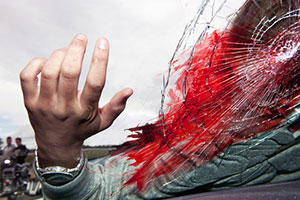 Beverly Hills Vehicular Manslaughter While Intoxicated under California Penal Code Section 191.5(b) requires the prosecutor to prove the following elements beyond a reasonable doubt: that an impaired driver was involved in a fatal traffic accident, that the driver drove negligently or committed a violation of the traffic code, and that this negligent act or omission resulted in someone's death.

Beverly Hills Vehicular Manslaughter While Intoxicated is a “wobbler” offense that can be prosecuted as either a felony or a misdemeanor, depending on the particular facts of the incident and the driver’s criminal history, if any. If charged as a felony, Beverly Hills Vehicular Manslaughter While Intoxicated penalties include prison time, substantial court fines and victim restitution.

Gross negligence is conduct that goes beyond what would normally be classified as ordinary carelessness, inattentiveness or lapses or judgment. One acts in a manner that is "grossly negligent" when they engage in reckless activity that is inherently risky to the health and wellbeing of persons and property and he or she should have known that such driving behavior is inherently risky. Beverly Hills Gross Vehicular Manslaughter While Intoxicated can only be charged as a felony.

Driving under the influence of drugs or alcohol is not conduct in and of itself sufficient to prove ordinary or gross negligence under the statute. There must also be an additional negligent act. Keep in mind that prosecutors will always consider the level of intoxication in deciding whether or not to charge gross negligence.

“Great bodily injury” is a serious physical injury that goes beyond what would normally be considered a minor injury.

In a Beverly Hills Gross Vehicular Manslaughter While Intoxicated prosecution, an act will be considered to have caused the death of another if that death was a direct consequence of the negligent act. It is important for the prosecution to prove that had the act had not taken place, there would not have been a resulting death.

A victim injured in an automobile accident may die as a result of more than one singular act. One can only be charged with Beverly Hills Gross Vehicular Manslaughter when his or her actions constituted a substantial factor in causing the death. The act or omission in question must be more than a minor or trivial act.

If you or a loved one were involved in a fatal vehicle accident, it is important that you contact a Beverly Hills Vehicular Manslaughter attorney right away. Beverly Hills Vehicular Manslaughter Attorney Michael Kraut is highly effective at representing clients charged with these offenses and providing the best defense possible. The sooner Mr. Kraut is retained, the sooner he can bring in his team of investigators and experts to work up the case and find evidence the police may have initially missed. Mr. Kraut’s experts reconstruct accident scenes, perform independent testing and analysis on toxicology tests, and take statements from favorable witnesses who may have been overlooked by the police.

It is often the case that prosecutors and law enforcement will overcharge these cases so that defendants will simply plead for state prison sentences. When this happens, they may not consider important evidence that is favorable to the defendant that may exist but has been overlooked. In many cases, Mr. Kraut has been able to intervene and meet with the district attorney before criminal charges have been filed in order to deter or limit the charges. Mr. Kraut is a former deputy district attorney with over 14 years of prosecutorial experience and has established professional relationships with prosecutors and law enforcement personnel.