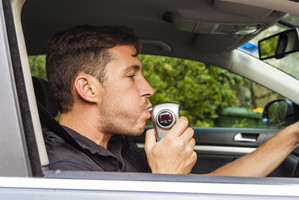 There are typically two occasions that a DUI suspect in Beverly Hills will be asked to provide breath samples as part of the Beverly Hills DUI Process, once in the field via a Preliminary Alcohol Screening ("PAS") device and again at the police station using the Breathalyzer machine. Both machines require test subjects to breath into a tube connected to the device and both machines use similar technology to measure and quantify the blood alcohol level, if any, of the test subject. The PAS device is handheld and carried by nearly all field officers in the Beverly Hills area, however it is considered less reliable than the stationary Breathalyzer machine.

Due to the fact that the PAS device was designed to be light and portable, test results are potentially susceptible to factors such as weather conditions, temperature, handling of the device and whether or not the PAS device is properly calibrated. The PAS test was initially only intended to be used as one indicator among others that a suspected DUI driver has a blood alcohol level in excess of 0.08 percent.

In fact, until very recently prosecutors could not introduce the results of PAS tests as evidence in a DUI trial. PAS tests could only be used to show if there was alcohol in a DUI suspect’s system, and not the numeric result the PAS test produced. However, with the advent of the Evidentiary PAS (“E-PAS”) device which provides an instantaneous printout of the PAS results, prosecutors can increasingly use these printouts as evidence in DUI trials.

Taking the PAS test in Beverly Hills is not required for the majority of drivers, no matter what the arresting officer says. There are exceptions to this, namely drivers under the age of 21 or people who are currently on DUI probation are required to submit to breath testing on the PAS test when requested.

The PAS test is required for these drivers because those under 21 and those already on DUI probation are not allowed to drive with any amount of alcohol in their system. Thus a BAC of 0.01 percent would be prohibited for these drivers. Given the fact that in the vast majority of cases, the PAS test is the only form of chemical testing that can be conducted right at (or very close to) the time of driving, the PAS may be the only way to show that a zero tolerance driver was driving with a low blood alcohol level.

While the PAS test is optional for non-restricted drivers in Beverly Hills, submitting to breath testing via a PAS device does not fulfill a DUI suspect’s obligation to submit to breath or blood testing once arrested. In fact, DUI defendants who take the PAS test and are found to have a BAC in excess of 0.08 percent but who subsequently refuse further testing could be charged with DUI pursuant California Vehicle Code Section 23152(a) VC with a refusal allegation, and would be subject to additional penalties including a year-long driver’s license suspension with no ability to get a restricted license.

There are times when PAS test results can actually come in handy in crafting a successful Beverly Hills DUI defense. If the results of the PAS test and Breathalyzer are vastly different, the results of both tests may be thrown into question. Additionally, PAS results can be critical in mounting a rising blood alcohol defense. Because alcohol is absorbed into the body gradually over time, a person who drinks right before driving may legitimately have a BAC under 0.08 percent at the time of driving that rises to above the legal limit at the time of testing. A PAS test taken right around the time of driving, viewed in conjunction with test results taken later showing a higher BAC, may actually be used to show that the defendant was experiencing a rising blood alcohol. A skilled Beverly Hills DUI Lawyer can then present this to prosecutors in order to have DUI charges significantly reduced.

If you have been charged with a DUI offense in Beverly Hills, it is crucial that you consult with an experienced Beverly Hills DUI attorney immediately. As a former Deputy District Attorney with over 14 years of prosecutorial experience, Beverly Hills DUI Attorney Michael Kraut is highly respected by judges, prosecutors and law enforcement personnel in the Beverly Hills area. Mr. Kraut knows how to effectively attack DUI cases and works tirelessly on his clients’ behalf.