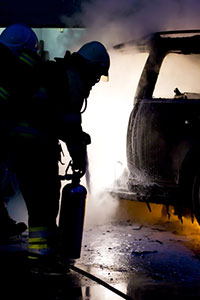 In order to prove Beverly Hills Watson Murder, the prosecutor must be able to establish that an intoxicated driver knew of the risk drunk driving carried, yet consciously ignored this risk and drove while intoxicated. This subsequently caused the death of another person. The intoxication can be as a result of the driver being under the influence of alcohol or drugs. It does not matter if the drugs are prescriptions or illegal, the punishment is the same for both types of drugs.

With murder cases, the prosecution is usually required to establish that the death in question was intentionally caused by the defendant. However, with Beverly Hills Watson Murder allegations, the element of intentional conduct is implied, and the prosecutor is only required to show that the defendant understood the risks of impaired driving and then consciously ignored these risks and was involved in a fatal DUI accident.

Proving that a defendant had knowledge of the risk of impaired driving has been made easier by having every person convicted of DUI to sign an acknowledgement recognizing that drinking and driving is inherently risky to human life. The Courts commonly refer to this acknowledgement as the "Watson Advisement."

Upon being retained, Mr. Kraut can bring in his team of top investigators and experts to evaluate the case and perform any additional investigation or testing that may be deemed necessary. Mr. Kraut works with top professionals in their respective fields who perform accident reconstructions and analysis, conduct independent toxicology testing and locate witnesses or physical evidence that may have been overlooked by the police.

As a former Senior Trial Prosecutor with the Los Angeles County District Attorney's Office, Mr. Kraut is highly respected by law enforcement and prosecutors alike as a skilled and knowledgeable litigator who fights hard on behalf of his clients.