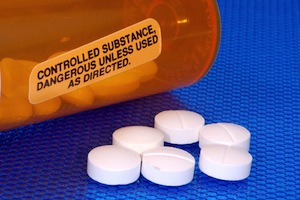 The California legislature has recognized the destruction that drugs and drug addiction can cause on lives and communities, and has subsequently enacted laws targeting the sale, use and possession of illicit drugs. One of the most frequently-charged drug crimes is possession of a controlled substance under California Health & Safety Code Section 11350 HSC. Someone can be charged with this felony offense for possessing even a miniscule amount of drugs, and conviction can result in severe consequences, including prison.

To prove that a defendant is guilty of possessing a controlled substance, the prosecutor would have to prove the following elements:

The following drugs would be considered controlled substances for the purposes of California Health & Safety Code Section 11350 HSC:

A man goes out to a nightclub and meets a friend of his. The friend gives the man a small amount of cocaine in a folded up dollar bill. The man does not want the cocaine but he does not want to offend his friend so he puts the bill in his pocket and forgets all about it. The man is driving home later that night when he is stopped by police on suspicion of DUI. During a search incident to arrest, the police discover the small amount of cocaine in his pocket. The man could be charged with possession of a controlled substance even though the amount was small, as long as it was usable.

In another example, a man throws a party at his home. After the party, he is cleaning up when he notices something that looks like packaged heroin in the bathroom. The man wants to get rid of this drug as soon as possible so he decides to turn it in at the local police station. On the way to the station, the man is stopped and the heroin is discovered. The man would not be guilty of possession of a controlled substance because the man’s possession of the heroin was momentary, he possessed it in order to dispose of it and he did not intend to prevent law enforcement officials from obtaining the heroin.

4. Defenses to Possession of a Controlled Substance

As mentioned above, if the possession was momentary and for the express purpose of disposing of the drugs, the defendant would not be criminally liable for drug possession.

In addition, if the controlled substance was discovered as the result of an illegal search or seizure, the defendant may be able to challenge the legality of the search/seizure in court. If the judge finds the search and/or seizure was not supported by probable cause, the drugs may be suppressed and the case would have to be dismissed.

Possession of a controlled substance is usually a felony level offense that is punishable by up to three years in prison. If the drug involved is gamma-hydroxybutyric acid (“GHB”) the offense is a “wobbler” than can be charged as either a felony or a misdemeanor. Many defendants charged with drug possession would be eligible for diversion under Proposition 36, which would result in the charges being dismissed upon successful completion of a drug diversion program.

6. Criminal Defense for Possession of a Controlled Substance Cases

Possession of a controlled substance is a felony level offense that can carry long-lasting consequences for those convicted. As a result, it is crucial that you meet with an experienced Los Angeles criminal defense lawyer if you or someone you know have been accused of this offense. As a former Deputy District Attorney with over 14 years of prosecutorial experience, Los Angeles Criminal Defense Lawyer Michael Kraut is highly experienced in handling drug crimes such as this. Mr. Kraut understands the sensitive nature of these types of charges and works with his clients to ensure they receive the absolute best defense possible.