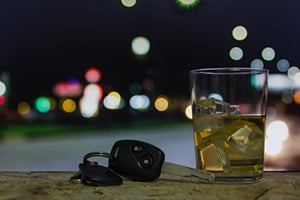 Many of the driving under the influence cases charged in the Los Angeles area involve defendants who are driving under the influence of drugs. The underlying drugs can be illegal narcotics as well as certain legally prescribed medications. One of the most common drugs observed in DUI drugs cases is cocaine. In many cases, if the drug is also found on the driver’s person or during a search of the driver’s vehicle, he or she can also be charged with possession of a controlled substance in violation of California Health and Safe Section 11350 HSC.

In a DUI drug case involving cocaine, a driver may be pulled over by a law enforcement officer after the officer observes the driver commit a violation of the Vehicle Code or other law. The traffic law violated does not have to be one that is indicative of impaired driving and a driver can be pulled over for something as simple as an equipment violation.

Once the driver is stopped, the officer will engage him or her in conversation and will be watching for any signs of alcohol or drug intoxication. When alcohol is involved, officers are often looking for telltale physical symptoms of intoxication such as bloodshot and watery eyes, slurred speech or the odor of alcohol. When cocaine is involved, the physical symptoms may be different. Officers often note dilated pupils, agitation and sweating when dealing with a driver under the influence of cocaine. In many cases, an officer may claim to observe cocaine residue on the driver’s nostrils or hands.

The officer may have a Drug Recognition Expert (“DRE”) officer come to assist in the evaluation of the driver. DRE officers have received additionally training in recognizing drug intoxication and often assist in DUI investigations. The DRE may ask the driver to participate in a series of specific field sobriety tests and may ask the driver about drug use.

If the officer suspects that the driver is under the influence of cocaine. He or she may be arrested and taken to a hospital or other facility where blood testing can be conducted. There is no breath test that can measure for cocaine intoxication and drivers who are suspected of driving under the influence of drugs are required to submit to a blood test. The results of the test are not immediately known as the sample must be sent out to the crime laboratory for testing. Typically, the driver or his or her attorney will receive the results of the blood test at the defendant’s arraignment hearing.

A defendant who only has cocaine in his or her system will be charged with driving under the influence of drugs in violation of California Vehicle Code Section 23152(f) VC. If the driver had both alcohol and drugs in his or her system, the prosecution will charge driving under the combined influence of alcohol and drugs pursuant to California Vehicle Code Section 23152(f) VC. It may be necessary for the defense to obtain a blood split order to have a portion of the defendant’s blood sample retested at an independent laboratory. Often the results of the retest will show that the drug levels were below the level that would cause impairment. This may be the case where cocaine was used the previous day and the defendant was no longer under the influence of the drug.

If you have been arrested for a DUI offense involving cocaine, it is critical that you discuss your situation with a Los Angeles DUI Lawyer right away. As a former Deputy District Attorney with over 14 years of prosecutorial experience, Los Angeles DUI Attorney Michael Kraut is highly capable of defending clients charged both with cocaine possession as well as driving under the influence of cocaine or other drugs.