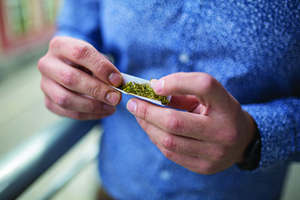 On November 8, 2016, voters in California passed Proposition 64, which effectively removed criminal penalties on using and possessing small amounts of marijuana and concentrated cannabis and reduced penalties on a number of former marijuana-related felonies. California was one of the first states to legalize medical marijuana in 1996 and now Proposition 64 removes most of the previous legal restrictions regarding marijuana use and possession. Regardless of the legality of marijuana, driving while under the influence of marijuana is still a DUI offense that can lead to charges under California Penal Code Section 23152(f) VC. There is a major concern in local law enforcement communities that the passage of Proposition 64 will lead to an increase in Driving Under the Influence of Marijuana cases and officers are stepping up their enforcement efforts in advance.

Marijuana Use and DUI

Driving while under the influence of marijuana or any other mind-altering substance is a crime under California Vehicle Code Section 23152(f) VC. First-time offenders can be sentenced to up to six months in jail, a mandatory alcohol education program, a driver’s license suspension, mandatory fines and any other conditions of probation that a judge may choose to impose, including community service or community labor and programming such as the Mothers Against Drunk Driving (“MADD”) Victim Impact Panel or the Hospital and Morgue program.

Unlike alcohol, which drivers can consume and drive as long as their blood alcohol content is not 0.08 percent or higher, there is no threshold level for marijuana use. This means that the presence of any marijuana in a driver’s blood can result in criminal charges.

Unlike alcohol and many drugs, which quickly are processed and excreted by the body after use, marijuana can remain in a person’s system long after the intoxicating effects of the drug have worn off. Experts claim that marijuana can stay in a person’s system anywhere from 10 to 30 days. This means that someone can test positive for THC despite not actually being under the influence of marijuana. In these cases, a skilled attorney may be able to attack the presumption that the defendant was driving under the influence of marijuana even though the defendant’s blood results tested positive for THC.

To date, there is no way other than a blood test to tell whether or not a defendant has been using marijuana. Law enforcement agencies are working on developing oral swab tests that can be used in the field designed to test for marijuana use. These are still in the developmental stage and are not expected to be used any time soon.

In addition, law enforcement has requested funding for additional studies into field sobriety tests and other measures that can accurately determine marijuana intoxication in drivers. Many states that have legalized marijuana have experienced a significant increase in DUI incidents and collisions and law enforcement in California are concerned that the passage of Proposition 64 will lead to more stoned drivers on the road who pose a serious risk to public safety. California relies on drug recognition expert officers who are trained in recognizing the signs of drug intoxication and agencies are increasing the number of trained DREs in the field in response to the passage of Proposition 64.

If you or a loved one have been charged with a DUI offense involving marijuana, it is imperative that you meet and discuss your case with an experienced DUI defense attorney right away. As a former Deputy District Attorney with over 14 years of prosecutorial experience, Michael Kraut understands how to effectively fight DUI cases in court and before the DMV.