COVID-19 Update: We are open and serving our clients
Home
Criminal Defenses 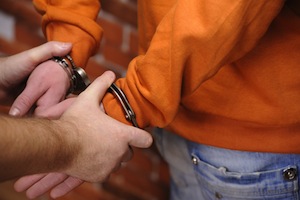 Depending on the criminal offense charged, there may be a valid legal defense that can be raised. The following is a non-exhaustive list of legal defenses that may be applicable to your case:

Most of the criminal offenses covered in the California Penal Code involve intentional offenses in which the perpetrator purposefully committed the act in question. Thus, if the conduct in question was accidental, there is a valid defense against the charge.

An example of this would be Theft Crimes under California Penal Code Section 484(a) PC (Petty Theft) and California Penal Code Section 487(a) PC (Grand Theft). People often walk out of stores accidentally carrying an item from the store with them. These people would have a valid defense against charges of Theft, as theft requires that the person accused of stealing to have intentionally taken the item.

Some offenses do not have an intent requirement, and thus claiming that the conduct was accidental would not be a defense. One example would be DUI Manslaughter, in which the reckless behavior of the driver replaces any requirement that the action be intentional to be criminal.

This is an important defense in which the defendant cannot be guilty of a particular offense because they were somewhere else when the crime took place and therefore could not have committed the alleged act.

It is very important to be able to corroborate any alibi for it to hold weight. This can include witness statements and physical evidence (such as plane tickets or receipts) that show where an individual was at a certain place and time and thus show that the person was not present when and where the crime occurred.

In many instances, police have been known to compel false confessions from otherwise innocent suspects by using various psychological techniques and tactics to produce confessions, as well as threats and even physical harm.

These tactics can include persistent questioning, sleep or food deprivation, harming or threatening harm or making promises to induce a confession.

If a defendant can show that their confession came as a result of one of these tactics, they may be successful in having the confession thrown out.

Coerced and false confession are often prevalent with Juvenile Crimes, when minors may feel overwhelmed and pressured into confessing to something they did not do.

If someone commits a crime only because they felt they were in immediate danger, their actions may be excused under the defense of duress.

An example would be if someone was involved in a routine traffic accident in an unfamiliar neighborhood and suddenly friends of the other party involved surround the first car and threaten violence. If that driver subsequently drives away, he or she could theoretically be charged with Hit and Run pursuant to California Vehicle Code Section 20001 VC. In this case, there would be a valid duress defense because they only reason the driver fled the scene because of the valid and reasonable fear for their own safety.

Entrapment occurs when someone only commits an offense due to the harassment, threats or extreme coercion on the part of law enforcement agents. This defense is most likely applicable in undercover sting operations in which law enforcement try to catch people committing crimes such as Lewd Conduct pursuant to California Penal Code Section 647(a) PC.

The entrapment defense is most effective when it can be shown that police pushed the limits by acting too aggressively in getting normally law-abiding people to violate the law.

It is often the case that people are charged with crimes they did not commit based on the false accusation of another. In certain types of offenses, such as Domestic Violence, the words of the accuser are taken very seriously, even if there are no accompanying injuries.

When someone is falsely accused of a crime, a criminal defense attorney can attempt to get the accuser to provide a recanting statement or otherwise point out contradictions in the original accusation.

The insanity defense in California is difficult to prove, as California employs the strict M’Naghten standard. Under this test, one can only be qualify for an insanity defense if they are unable to understand the nature of their act or if they lack the ability to tell between right and wrong.

In certain cases, a defendant may be deemed unfit to stand trial and be placed on an involuntary psychiatric hold under California Welfare and Institutions Code 5150 WC until they can be made competent again.

8. Lack of Probable Cause (PC)

The U.S. and California Constitutions require law enforcement agents to have probable cause that an individual has committed a crime before they can justify a stop, search and arrest of that person.

When probable cause is absent, the defendant can challenge the stop, search or arrest for lack of Probable Cause by making a motion to suppress pursuant to California Penal Code 1538.5 PC. When the evidence is suppressed, the People usually must dismiss the case because they are unable to proceed.

If a defendant’s action was prompted by a mistake of fact, and not malicious intent, then they are not guilty of certain criminal offenses. For example, if someone picked up a laptop computer that was left at a coffee shop mistaking it for their own, they cannot be charged with theft if later it is determined that the laptop in fact belonged to someone else.

This defense is only effective where the mistake of fact is reasonable.

The defense of necessity can be raised when a person must commit a crime to avoid harm or danger and there is no other viable course of action but to commit a criminal offense.

An example is where someone who has consumed alcohol is suddenly put into a situation where there is an immediate and unavoidable threat to their life, such as someone threatening them with a weapon. If this person drives away in a car they are technically committing Driving Under Influence pursuant to California Vehicle Code 23152 VC. However, there is a legitimate argument that the driving was a necessity to avoid an immediate threat to life.

11. Self-Defense / Defense of Others

California allows people to use appropriate force to defend themselves (or others) when the force used is reasonable and escape is not a viable option. Self Defense is most often raised to counter charges of Assault and even Murder pursuant to California Penal Code 187 PC.

For people who were either physically unconscious or were under the influence of an intoxicant because they were unwittingly drugged when they committed a criminal offense, the fact that they were not conscious of their actions is a defense to subsequent criminal charges. If the person was not conscious of their behavior, they did not have the required malicious intent to be held criminally liable for their actions. Note that this defense does not apply to cases involving voluntary intoxication, although this factor may be taken into account depending on the offense.

Los Angeles Criminal Defense Attorney Michael Kraut is a former Deputy District Attorney with over 14 years of prosecutorial experience who is highly skilled at mounting successful defenses to criminal charges. Mr. Kraut is highly regarded by prosecutors and law enforcement alike as a fierce defender of his clients’ rights who can skillfully mount the best defense possible. If you or a loved have been charged with a criminal offense in the Los Angeles area, it is crucial that you contact Mr. Kraut immediately.

For more information about Legal Defenses, and to schedule your free consultation, contact Los Angeles Defense Attorney Michael Kraut at the Kraut Law Group. Mr. Kraut can be reached 24/7 at 888-334-6344 or 323-464-6453.

Legal Defense Accident Legal Defense Alibi Legal Defense Coerced and False Confessions Legal Defense Duress Legal Defense Entrapment Legal Defense False Accusations Legal Defense Insanity Legal Defense Lack Of Probable Cause (PC) Legal Defense Mistake Of Fact Legal Defense Necessity Legal Defense Self Defense Legal Defense Unconsciousness / Involuntary Intoxication
Share |
Free Consultation
Criminal Law Information Center
Client Reviews
★★★★★
Michael Kraut is outstanding! He genuinely cared about my case and instructed my mom and I throughout the entire process. He was very clear on what he needed in order to receive the best results. He kept us updated until the end. I thank him so much for getting my charges rejected. I highly recommend him to anyone with legal needs! Shaquan
★★★★★
I contacted Michael with concern for my personal and business reputation. He was very reassuring and confident the entire time. After about 3 weeks it was determined that no charges were being filed by any agency and I was in the clear of any investigation. One thing that is amazing is just how FAST Michael is at replying to phone calls, texts, and even emails! We are talking under 30 minutes in most cases. That is unheard of for most attorneys! Michael is incredible and not your typical run of the mill attorney. For best results hire him if you feel like you might be under investigation or could face charges. Even if you know you are innocent it is best to take care of the smoke before it becomes a fire. Brad
★★★★★
Michael Kraut is-hands down-the best criminal defense attorney and I can't begin to thank him for all that he did for me and my family. I reached out to him in the middle of the night and less than a couple hours later, he had gotten back to me and scheduled a meeting. He's a no-nonsense attorney who knows how to get the job done! From the second we retained him, I had peace of mind in knowing that we were in the best hands possible. If Michael Kraut couldn't get it done, I knew that it couldn't be done at all. You can't put a price tag on your freedom. He was worth every single penny. Lida
★★★★★
Michael Kraut is an outstanding attorney. He was extremely professional, and straightforward, yet sensitive with my case. I am confident I made the right choice by hiring Michael. I highly recommend him to anyone seeking a truly experienced lawyer. Daniel
★★★★★
Michael Kraut - I cannot thank you enough for all that you did for ​my son. When I came to you I read that you used to be a district attorney but I never knew how much that meant until I watch you in court. I knew it took 3 months but the final day when I heard the judge say that all charges were dismissed it was all worth it! I will always be grateful for all that you did for us. A.N.
View More
Submit a Law Firm Client Review