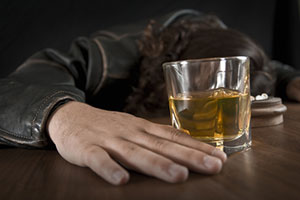 During any vehicle stop conducted as part of the Pasadena DUI Process, the law enforcement officer conducting the DUI investigation will first and foremost note any symptoms of intoxication the suspect driver may exhibit. When these objective symptoms are present, the the officer will expand the DUI stop and request that the driver perform a series of Pasadena field sobriety tests.

The symptoms of intoxication can vary for different people, and may be symptoms of other conditions unrelated to drug or alcohol impairment. In many cases, police reports have many common symptoms of intoxication listed, and the reporting officer merely checks the boxes of the ones that apply. Many officers conducting DUI stops simply mark all the boxes showing signs of intoxication, as it is nearly impossible to challenge these observations at a later point. DUI defendants in Pasadena are often surprised to read the physical descriptions marked in police reports regarding their arrest.

The following list includes some of the symptoms of intoxication that law enforcement officers in Pasadena will be looking for when interacting with a suspected DUI driver:


If you have been charged with a Pasadena DUI offense, it is critical that you speak with a Pasadena DUI attorney as soon as possible. An effective DUI attorney may be able to show how other conditions may have been mistaken for symptoms of intoxication and how the officer’s reporting on these observations shows bias. Pasadena DUI Attorney Michael Kraut is a former Deputy District Attorney with over 14 years of prosecutorial experience. Mr. Kraut previously served as a Senior Trial Prosecutor assigned at the Pasadena Courthouse and is well-known throughout Pasadena as a highly skilled litigator who fights hard for his clients charged with driving under the influence.

For more information about Pasadena symptoms of intoxication, and to schedule your free consultation, contact Pasadena DUI Attorney Michael Kraut at the Kraut Law Group located at 790 East Colorado Boulevard, 9th Floor, Pasadena, CA 91101. Mr. Kraut can be reached 24/7 at 888-334-6344 or 626-345-1899.