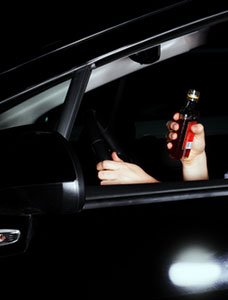 California law treats a Pasadena DUI with Injury charge differently than a standard DUI charge. Under California Vehicle Code Section 23153(A) VC or Vehicle code section 23153(B) VC, a Pasadena DUI with Injury is a “wobbler” that can be prosecuted as either a felony or a misdemeanor. Based on the circumstances of the case and severity of the injury, Pasadena DUI Penalties are more severe for DUI cases in which someone has been injured. However, the law is very clear that ANY injury will qualify to make this case a felony.

Those accused of Pasadena DUI with Injury can be charged with either California Vehicle Code Section 23153(a), Driving under the Influence of Alcohol and/or Drugs and causing injury to a person, or California Vehicle Code Sections 23153(b), driving with a blood-alcohol content of 0.08% or higher and causing injury to a person, or both. A conviction for causing a DUI with Injury may result in a prison sentence, enhanced DUI class requirements, hefty court fines and restitution to the victim, loss of driver’s license, loss of professional license and increased insurance costs, among many other potential consequences.

Although the punishments are severe, there are defenses to Pasadena DUI charges that may be successfully raised. For example, merely being under the influence in a DUI incident in which a person was injured is not enough to prove a charge of Pasadena DUI with Injury. The prosecutor must be able to establish that a driver was under the influence of an intoxicant, violated a traffic law or otherwise acted with civil negligence and that action caused the accident (which in turn caused the injury to the victim).

Thus, if a person was driving drunk or otherwise under the influence but did not violate any traffic law and another party was at fault for the resulting collision, the first person could not be charged with Pasadena DUI with Injury (although they could still face standard misdemeanor DUI charges).

The penalties are severe for a DUI causing injuries. The court will add a year in custody for each additional person injured. If the injury suffered is serious, the prosecutor may seek an enhancement of DUI with Great Bodily Injury which will result in a mandatory punishment of prison.

A Great Bodily Injury enhancement will add three years to any prison sentence. If the injured party is comatose, an additional five years can be applied. A person convicted of Pasadena DUI with Injury may be sentenced to eight years imprisonment if the injury is deemed serious. DUI Manslaughter or DUI Murder charges can apply if the injury results in the victim’s death.

Because of the severe consequences that an allegation of Pasadena DUI with Injury carries, it is crucial that you have a skilled Pasadena DUI Defense attorney representing you as soon as possible. Pasadena DUI Defense Attorney Michael Kraut is experienced in dealing with charges of this nature and has had great success in getting such charges dismissed or significantly reduced. Mr. Kraut is a former deputy district attorney with over 14 years of prosecutorial experience. He is respected by prosecutors and law enforcement professionals and is highly skilled at mounting successful defenses to Pasadena DUI with Injury charges.