Pasadena DUI Charges – Under The Age Of 21 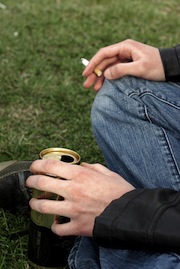 In Pasadena, defendants under the age of 21 who are charged with DUI offenses often face stiffer penalties than those who are old enough to legally drink. This is because while people who are 21 or over can legally drink, DUI defendants under 21 have violated the law in two ways; by unlawfully drinking and then by subsequently driving while intoxicated. California enforces a zero tolerance position in regards to underage DUI defendants. This means that under California Vehicle Code Section 23136 VC, driving with a blood alcohol level of 0.01 or higher for drivers under the age of 21 would trigger a yearlong driver’s license or a year delay in being able to get a driver’s license for unlicensed drivers.

Unlike other provisions of the California Vehicle Code dealing with Driving Under the Influence charges, California Vehicle Code Section 23136 VC is not concerned with the driving conduct of the underage defendant, and only looks to the driver’s blood alcohol content to see whether or not it was 0.01 percent or higher. As a result of this low threshold, many common items that have alcohol in them, like cough syrups and mouthwash, may trigger a license suspension under California Vehicle Code Section 23136 VC for drivers under the age of 21. Drivers under 21 are required to provide a breath sample on a Pasadena PAS device when requested by law enforcement. For most other drivers, this test is usually optional.

California Vehicle Code Section 23136 VC is civil penalty that is handled administratively by the California Department of Motor Vehicles. Unlike criminal charges or infractions, an underage driver who is cited under this statute must proactively request a hearing with the DMV to contest the suspension. In Pasadena, this is usually assigned to a hearing officer from the Commerce Driver’s Safety Branch of the California Department of Motor Vehicles. An underage driver has a very limited time period in which to request a hearing, and failure to meet this deadline will result in an automatic yearlong driver’s license suspension. Drivers are permitted to have attorneys represent them in these hearings, and doing so is highly recommended.

In addition, if Pasadena drivers under the age of 21 are found to have a blood alcohol content between 0.05 and 0.07 percent, they may face penalties in addition to loss of driving privileges. Under California Vehicle Code Section 23140 VC, driving while under 21 with a BAC between 0.05 and 0.07 percent is an infraction that would add significant court fines to the DMV’s yearlong license suspension. Those charged with this offense would have to appear for a court hearing at the Pasadena Courthouse (or have their attorney appear on their behalf) in order to address the citation.

Drivers who are under 21 and who are caught driving with a blood alcohol content of 0.08 percent or higher can be charged criminally with the misdemeanor offenses of Pasadena driving under the influence in violation of California Vehicle Code Section 23152(a) VC and driving with a blood alcohol content of 0.08 or higher in Pasadena in violation of California Vehicle Code Section 23152(b) VC. A defendant convicted of a first-time DUI offense will usually be sentenced to probation between three and five years, up to a year in jail, costly court fines, fees and assessments and a required alcohol monitoring class. Judges and prosecutors tend to look less favorably on DUI defendants under the age of 21, and may require additional penalties, including community service or community labor, the hospital and morgue program, or AA attendance. In addition to the court sentence, DUI defendants would also face the loss of driving privileges for a year under California’s zero tolerance policy.

If you or a family member have been arrested for a DUI incident and are under the age of 21, it is absolutely critical that you consult with an experienced Pasadena DUI attorney as soon as possible. There are critical DMV deadlines that start running immediately from the time of arrest and an experienced attorney can make sure all necessary filings are handled. As a former Deputy District Attorney with over 14 years of prosecutorial experience, Pasadena DUI Lawyer Michael Kraut knows how to effectively defend clients under 21 who have been charged with DUI. Mr. Kraut is highly regarded in the Pasadena area as a leader in the field of DUI defense and works hard on behalf of his underage DUI clients.