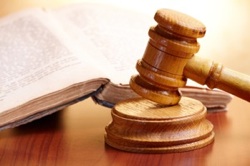 The Pasadena DUI Process usually has two distinct components; the criminal case that proceeds in court and the DMV administrative action that involves the driving privileges of the accused. While most people arrested and charged with DUI in the Pasadena area expect to appear in court on the criminal charge, many do not realize that they have to proactively fight to keep their driver's license with the DMV.

At the time of the DUI arrest, an officer from the Pasadena Police Department, Arcadia Police Department, California Highway Patrol or Los Angeles County Sheriff's Department will provide the defendant with notice of an impending driver's license suspension, known as the Administrative License Suspension. All drivers in Pasadena are provided of this notice, even those who have an out-of-state driver's license or who do not have a license at all. This suspension would start 30 days after the date of arrest.

In order to contest the license suspension, the driver has only 10 days to file the necessary request with the Department of Motor Vehicles, otherwise the suspension will automatically become effective after 30 days have passed. Retaining an effective Pasadena DUI Lawyer as soon after a DUI incident as possible is absolutely critical, as an attorney can ensure that the proper filing deadlines are met and a hearing request is properly submitted.

It is often the case that individuals are under the false impression that no action will be taken against their driving privileges until the court case has resolved. Thus, they may wait to hire an attorney until the case is scheduled to go to court. However, the narrow window of time to request a DMV hearing starts immediately and failure to meet this deadline results in an automatic suspension.

Many drivers are under the false impression that the administrative hearing is considered "double jeopardy" because a person is effectively being punished twice for the same offense. This is not the case as the DMV suspension is not considered punishment, but rather an administrative remedy.

In Pasadena, the DMV hearing would be assigned to a hearing officer out of the Department of Motor Vehicle Driver's Safety Office in Commerce, CA. The hearing officer is an employee of the DMV who is neither a lawyer nor a judge and who often has no legal background. In the DMV administrative hearing, the hearing officer acts as both the prosecutor and the judge, who presents the evidence against the driver and ultimately renders a decision based on the weight of the evidence.

The hearing officer is concerned with whether there was reasonable cause to stop the vehicle, whether there was reasonable cause to arrest the driver, and if there was a blood alcohol level 0f 0.08 percent or higher at the time of driving. The hearing officer may call police or civilian witnesses and may rely on expert testimony when rendering a decision. A defense attorney can cross-examine witnesses during the hearing, have the defendant testify and present evidence. In many cases, it may be necessary to file motions to address relevant legal arguments. A defense attorney can handle the DMV hearing without the client being present, which saves the client from having to miss work.

It is important to remember that the results of the DMV hearing have no bearing on what happens in the court case. In fact, if a DUI defendant is eventually convicted in court of DUI, they would face a license suspension even if they won their DMV Administrative hearing. This would not apply where drivers are convicted of reduced charges, such as wet reckless or exhibition of speed.

If you have been arrested for DUI in Pasadena and are facing a DMV license suspension, it is critical that you consult with a Pasadena DUI attorney as soon as possible, as there are tight filing deadlines that must be met. Pasadena DUI Lawyer Michael Kraut is a former Deputy District Attorney with over 14 years of prosecutorial experience, including an assignment to the Pasadena Courthouse where he served as a Senior Trial Prosecutor. Mr. Kraut is highly respected in Pasadena for his knowledge of all aspects of the DUI process.