Pasadena DUI With Child In The Vehicle 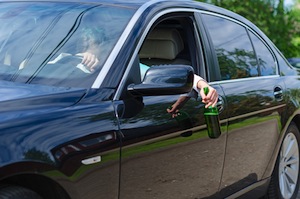 While a conviction for Pasadena DUI is serious on its own, there are various factors that, if present, will add penalties to the DUI sentence. Having a child present in the vehicle when driving under the influence will expose the defendant to additional penalties under California Vehicle Code Section 23572 VC. If convicted of the DUI charge and the penalty enhancement, a judge can impose jail time in addition to whatever the sentence was on the DUI. In addition, this penalty enhancement may trigger far-reaching consequences for the defendant and may even expose the defendant to criminal liability under California Penal Code Section 273(a) PC for child endangerment.

In order to find a defendant guilty of the California Vehicle Code Section 23572 VC enhancement, a prosecutor must be able to establish the following:

For those in Pasadena who are found liable under California Vehicle Code Section 23572 VC, mandatory jail time will be added on top of whatever was imposed for the DUI conviction. The defendant’s prior record will determine how much additional time is imposed. The following penalties will apply in Pasadena if the defendant is found to have committed DUI while having a minor child in the vehicle:

If you have been charged with a Pasadena DUI offense and the prosecution has alleged that you had a minor child in the vehicle at the time of the incident, it is critical that you consult with an experienced Pasadena DUI Lawyer as soon as possible. Pasadena DUI Attorney Michael Kraut is a former Deputy District Attorney who previously served as a senior trial prosecutor at the Pasadena Courthouse. Mr. Kraut is highly respected in Pasadena and is highly skilled at fighting all aspects of DUI charges.

For more information about the Pasadena DUI with a child in the vehicle enhancement, and to schedule your free consultation, contact Pasadena DUI Lawyer Michael Kraut at the Kraut Law Group located at 790 East Colorado Boulevard, 9th Floor, Pasadena, CA 91101. Mr. Kraut can be reached 24/7 at 626-345-1899.